The Cynon Valley in Prehistory: The Bronze Age

The Bronze Age period stretches across the end of the Neolithic, 1750 years from 2500BC to 750BC to the start of the Iron Age. In comparison, that would be the same as seeing the Romans and us today in the 21st Century as being part of the same time period. With such a long period of time, the Bronze Age is split into 3 smaller periods: the “Early”, “Middle” and Late Bronze age.

During this time life was changing across Wales and across Britain; metal tools were growing in ascendancy, but stone tools remained a part of life. People’s lives were becoming more fixed and by the Middle Bronze Age settlements appear more permanent within ditched enclosures set within an organised farming landscape. Burial practices varied greatly during this time, but key forms such as burial cairns and round barrows are perhaps the most known and visible form of burial from the Bronze Age. In Wales specifically, we see evidence of both gold and copper being mined and smelted to make jewellery such as torcs, gold bracelets, tools and weapons. The era of the stone axe had come to an end. In its place, metal both for its function and decorative use was the new status symbol.

Life in the Cynon Valley

Life would have changed greatly for the people of the Cynon Valley. Evidence suggests that the valley sits in an area of intense archaeological activity. To the west, the Rhondda Uplands have revealed significant evidence of activity during the Bronze Age. This includes flint scrapers from Carn Y Bwlch dating to 2500BC. Each scraper, about 2.5cm long, was discovered by Phil Shepherd, “The Flint Finder of Wales”, who over a period of 25 years whilst working in the forestry industry searched for prehistoric flint. He discovered 1,636 pieces of flint and donated them to Amgueddfa Cymru. You can find his story here.  Elsewhere in the Rhondda Uplands, long tanged, tanged, and barbed flint arrowheads have been found. This is all evidence suggesting a landscape busy with people. Read more about the Rhondda Uplands here. 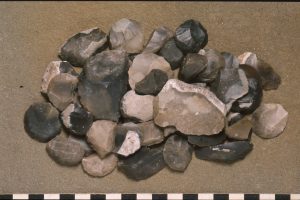 A Mark on the Landscape

You can find physical evidence of Bronze Age activity across the Cynon Valley. We see people changing the landscape to control the movement with the construction of cross ridge dykes. These were short lengths of earthworks, often with associated ditches, spanning across prehistoric routeways found on upland ridges. Today, two known cross ridge dykes are Ffos Toncenglau and Bwlch y Llandron. Across this upland landscape, we see extensive evidence of burial practices in the form of numerous burial cairns ranging greatly in size from 7m and 16m; they are found across all of the uplands which surround the Cynon Valley, with differing levels of preservation. One notable grouping of burial cairns can be found on Mynydd Y Glog, to the north of Hirwaun.

A Focus in the Uplands?

Much of the evidence we see above comes from the sparse upland areas which surround the Cynon Valley. It is apparent people used these areas for traveling across Wales, perhaps because they offered clear fields of view, and, following ridges, clear routes would have then appeared. It is also apparent that many burial cairns were erected in the uplands, perhaps again because of their prominent positions. What we do not know, however, is how much activity took place in the lowlands on the valley floor. Maybe the centuries of human habitation, and, more recently, the exploitation of coal has made it harder to understand the evidence from lower down in the valley? Like many aspects of archaeology, our discoveries create many more questions, which are as yet unanswered.

Our archaeological journey into the Cynon Valley continues into the Iron Age. There is no clear boundary between the Bronze Age and the Iron Age as the period is diffuse and much would remain similar for people of the time. The advent of iron would come to define the next age. Here in the Cynon Valley, we would find one of the most significant discoveries from prehistoric Wales, maybe even Britain, in the Llyn Fawr hoard.

Hunter J and Ralston I, 2009 (2nd ed), The Archaeology of Britain: An Introduction from the Earliest Times to the Twenty-First Century, Routledge, London and New York 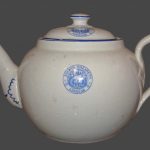 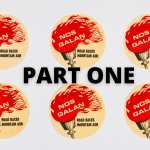 The Life of Bernard Baldwin, Founder of the Nos Galan Races – Part 1People, Stories from the Collection