Women in the Mines

Women in the Mines

Many people today can recall what the valleys were like in the 1960s, 70s and 80s when mining and steelworks were dominant. Roads were busy with lorries, the railways were in constant use, there was constant noise, rivers were black with pollution and dust was everywhere. Mining has never been a safe, clean job. Even in the last big mine “Tower”, there was a 4ft high steam and a lot of work was done by human effort alone.

This was the reality of modern mining, so imagine how hard it would have been before steam power became available. Some horses were used above ground but ponies were not used underground until the 1800s as there were not the resources and technology to make tunnels sufficiently big enough to accommodate them. Ladders were used to reach different levels and all coal had to be taken to one exit shaft or entrance of a drift mine. 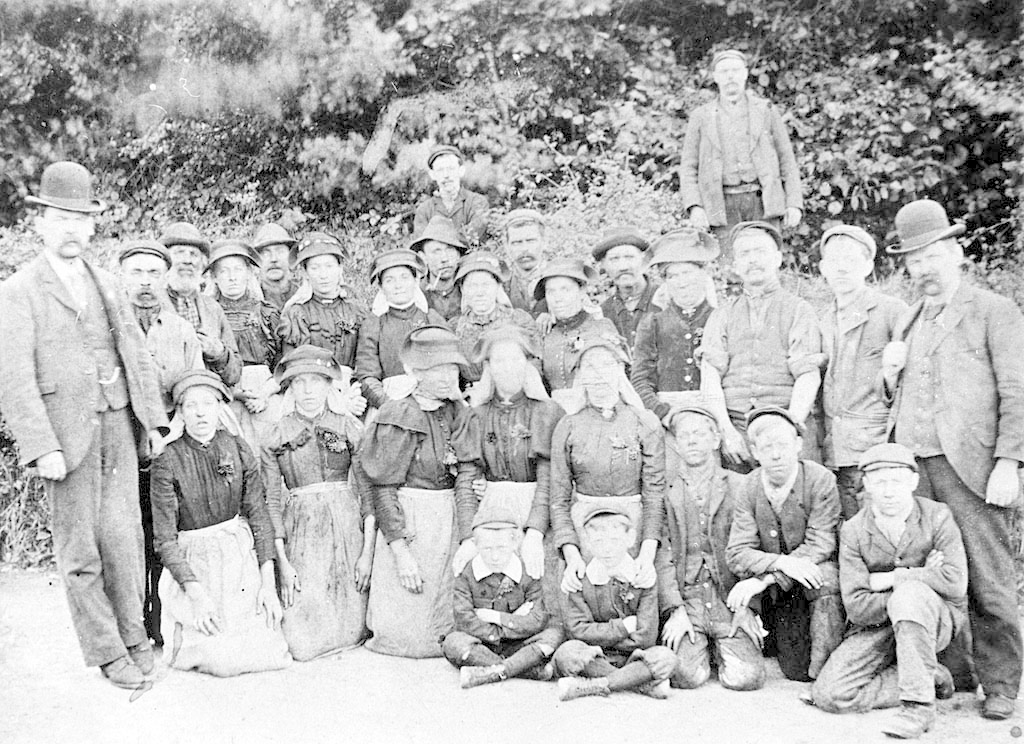 Many women and children were employed below ground. Mine owners employed women as they were able to pay them half a man’s wage. They worked the same 12-hour shifts as men and often at the coalface. Their main job was to pull full drams of coal in the passages too narrow for ponies.

Women were employed to break up the ironstone into smaller lumps and were expected to progress more than a tonne each shift. Accidents, injuries and deaths were common, but conditions did not change at all until 1842. A serious accident in 1838 occurred at Husker Colliery Silkstone, Yorkshire, where 40 were killed including women and children. The London papers reported this and it came to the attention of Queen Victoria who put pressure on the Prime Minister to hold an inquiry into the working conditions of women and children in mines and factories. Charles Dickens also expressed his great concern after visiting mines for himself. The result was the 1842 Factory Act, which banned all females and boys under 10 from working underground. However, only one inspector was appointed for the whole country to enforce the 1842 Act.

Naturally, mine owners continued to employ women underground, and, even when found out, the fines were very small. It was estimated that in 1850 there were still over 200 women working underground in Wales. Regarding records of numbers and names of workers, it is not easy to find specific records. There may be some detailed records in Glamorgan Archives, N.B.C. (only started in 1947). Most mines were private and changed owners often. Apparently, when a mine was closed down or amalgamated, a winding-up meeting was held and a minute was included to say that six months after the meeting all colliery records were to be destroyed. 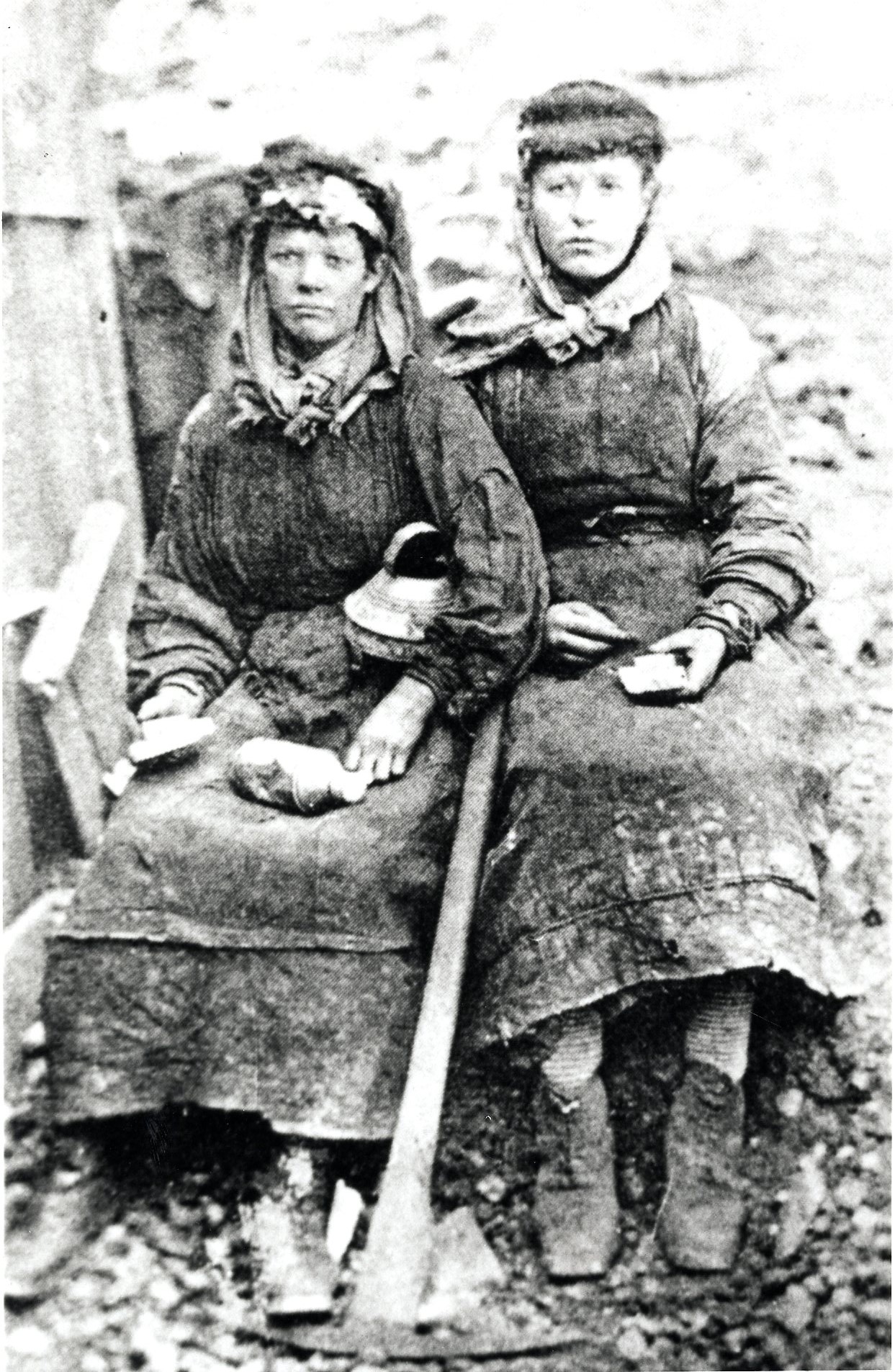 After 1842 a lot of women were employed on the surface, sorting, hauling and working on the screens – still very hard work with little or no shelter. Many women had no choice but to work as wages were not high. The shifts were not the same as the men underground as the coal was to be sorted when it reached the surface. Contemporary interviews gave the impression that there was a lot of camaraderie amongst the pit brow lasses with there even being talk of enjoying it. Making the best of it was possibly the way to describe it. The women still needed to prepare food and carry out household chores. Dust and dirt were a constant menace. Life was described as a “turn” at work then a “turn” at home.

Women were viewed as unskilled and were required to do additional jobs, such as cleaning the manager’s office and even his home. Pit women were not encouraged to join in any of the men’s recreational activities. When not at the colliery they spent their time with each other, and neighbours, close relations often helping each other. This “bonding “would have been a reason why, when needed, they were so good at organising and supporting the men during the troubled times. 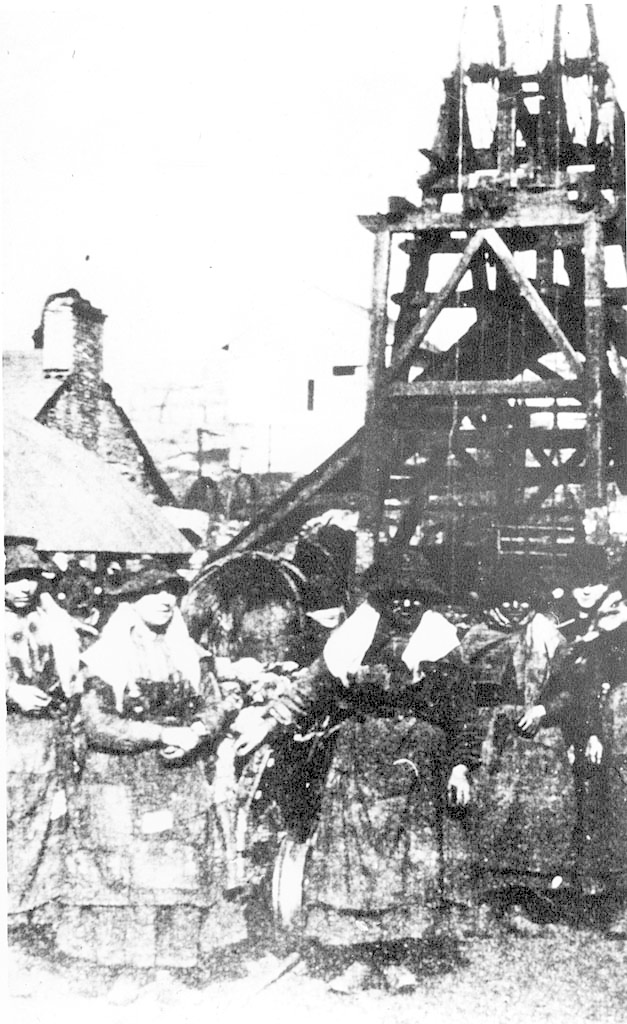 It’s suggested that in the 1880s there were 11,000 women, pit brow or pit top lasses. A lot of women have always been employed in quarries breaking and sorting the ironstone. Apart from quarrying and mining, the other source of employment was domestic service. Those in service always felt they were a cut above pit brow lasses as they were working for middle and upper-class employers.

It seems that the collection of photographs of the pit lasses in the museums’ collection were taken by W.Clayton from Tredegar, South Wales. It is not known why Clayton took so many photographs of female labourers. He owned a shop on Iron Street, Tredegar, 1860 – 1890. 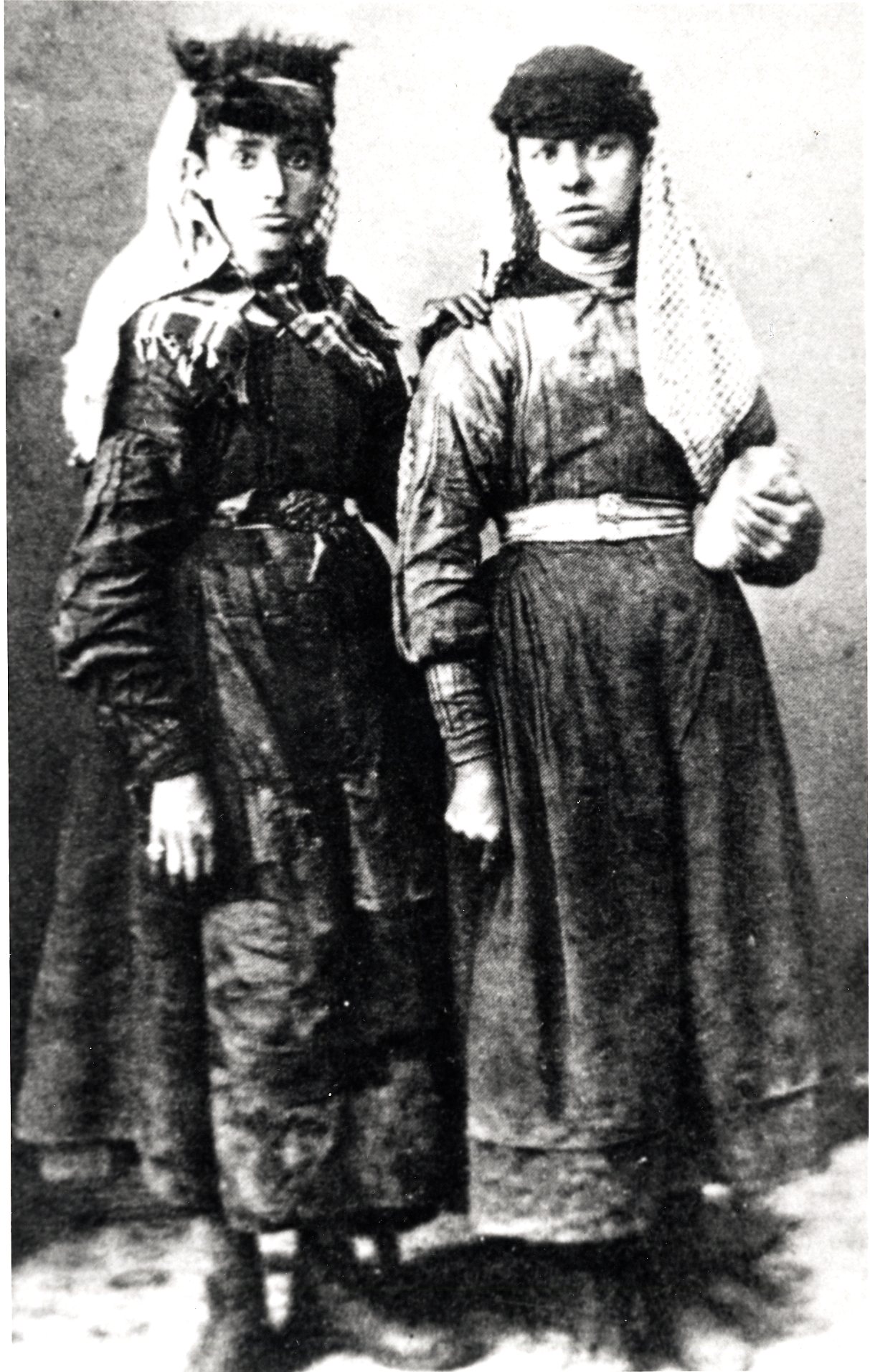 In the photographs, the pit lasses are seen to be wearing a short frock and apron tied to their neck. They also wore red stockings and lace-up boots with hobnails. Their bonnets or hats would be covered with beads, brooches and feathers, depending on their class. Many pit lasses also wore trousers under their dresses. This was seen as scandalous by visitors; there was a genuine concern that women who dressed up like men would act like men. There was a little comment about the working conditions. However, In 1842, there was outrage by those who discovered that women had been working underground in the pits half-naked. This was due to the extreme temperatures. This shocked the Victorian tourists far more than the conditions underground. 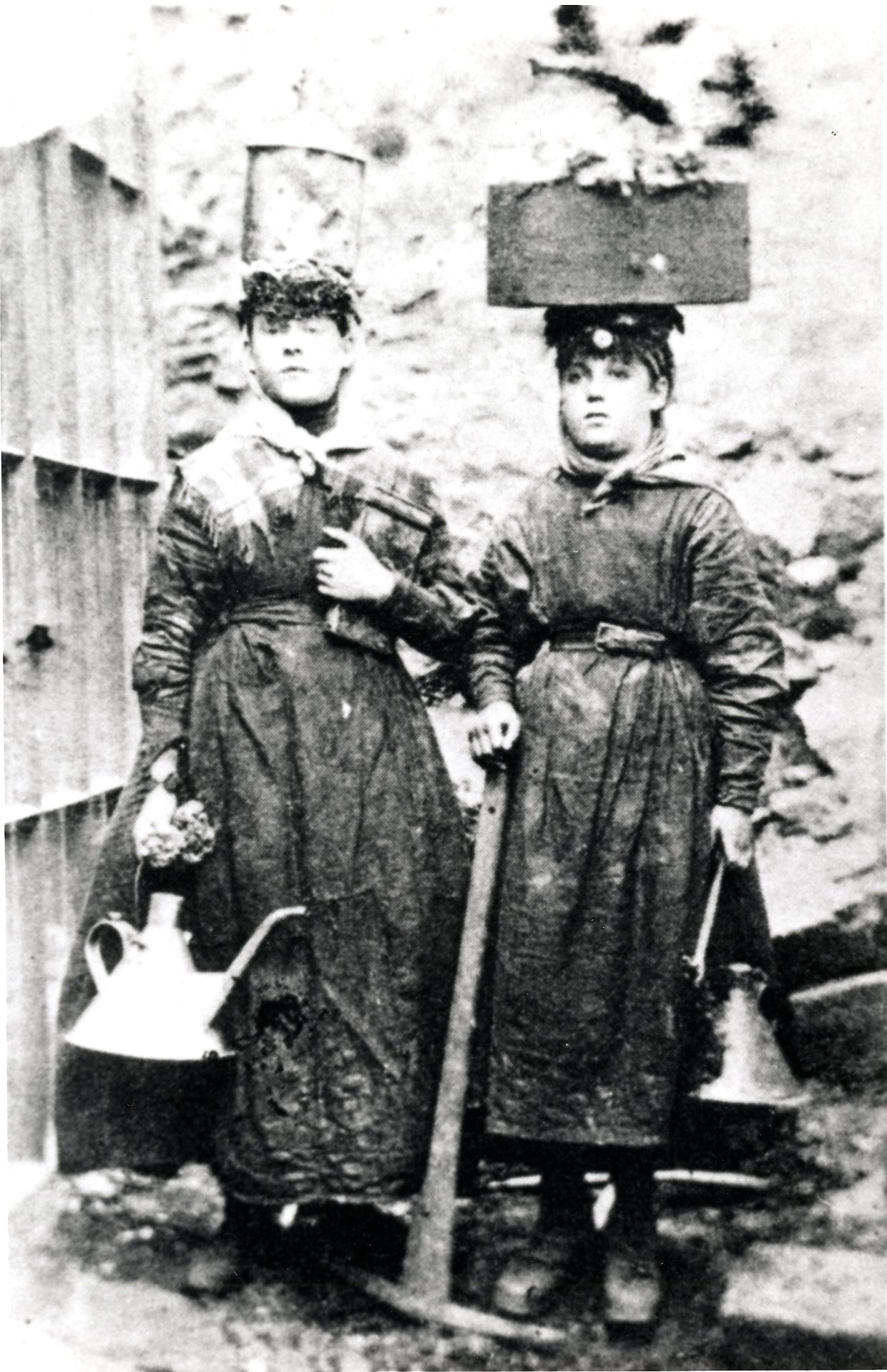 Victorians did a lot of visiting other “classes”, both upper country homes and gardens and viewing the poor and “undeserving “poor, from the honest, hardworking country folk to the feckless of Seven Dials, London. Victorians were fascinated by technology, factories and processes, especially after the Great Exhibition of 1851. Photography was very popular and the pit lasses were asked to pose in their “uniform”, with clean aprons of course. These pictures were often “blown up “to life-size and hand-coloured. Those photographed were paid well. 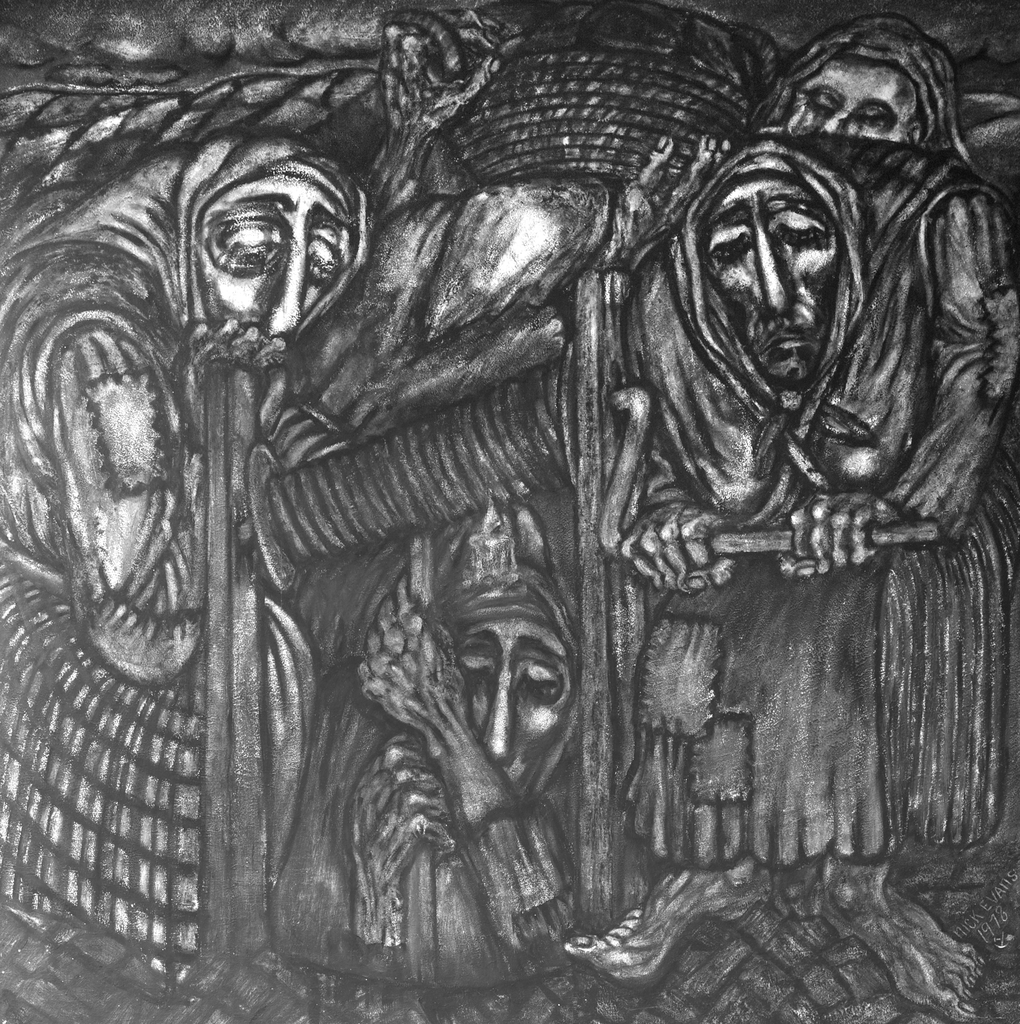 The Force of Females

During WWI women were accepted into miners’ federations, but could not attend many of the union meetings. Male miners did not think that women should be in charge of machinery – often an older miner would look after surface machines. After the war, a few women were still working in mining, but the main role of wives and female relations was to support the miners during good and difficult times like redundancies, strikes, and lockouts.

As it is with all disputes, there was unruly behaviour on both sides which was to be remembered for many years afterwards. South Wales women were always viewed as militant by the authorities, a concern because they were resourceful and organised.

For example, in the early years before pit baths were normal for the men, they would have to wash after every shift, whatever time of day, at home in a tin bath in front of a fire. The heating of the water, plus the constant coal dust and dirt, contributed to the relentless hardship of miners’ wives.

It was the efforts of Elizabeth Andrews (from the Rhondda) to set up pithead baths. She was a miner’s daughter and a lifelong suffragette. With two miners’ wives, she spoke about the essential need for pithead baths to the House of Lords Sankey Royal Commission which was looking into the lives of miners’ wives. Europe had pithead baths since the 1880s. However, the first baths were built at Treharris in 1916. By 1952, 400 pithead baths had been built.

Furthermore, women were a huge support during the 1984-1985 strike; it was during this time that the community workshop training centres, a benefit to all, were started. 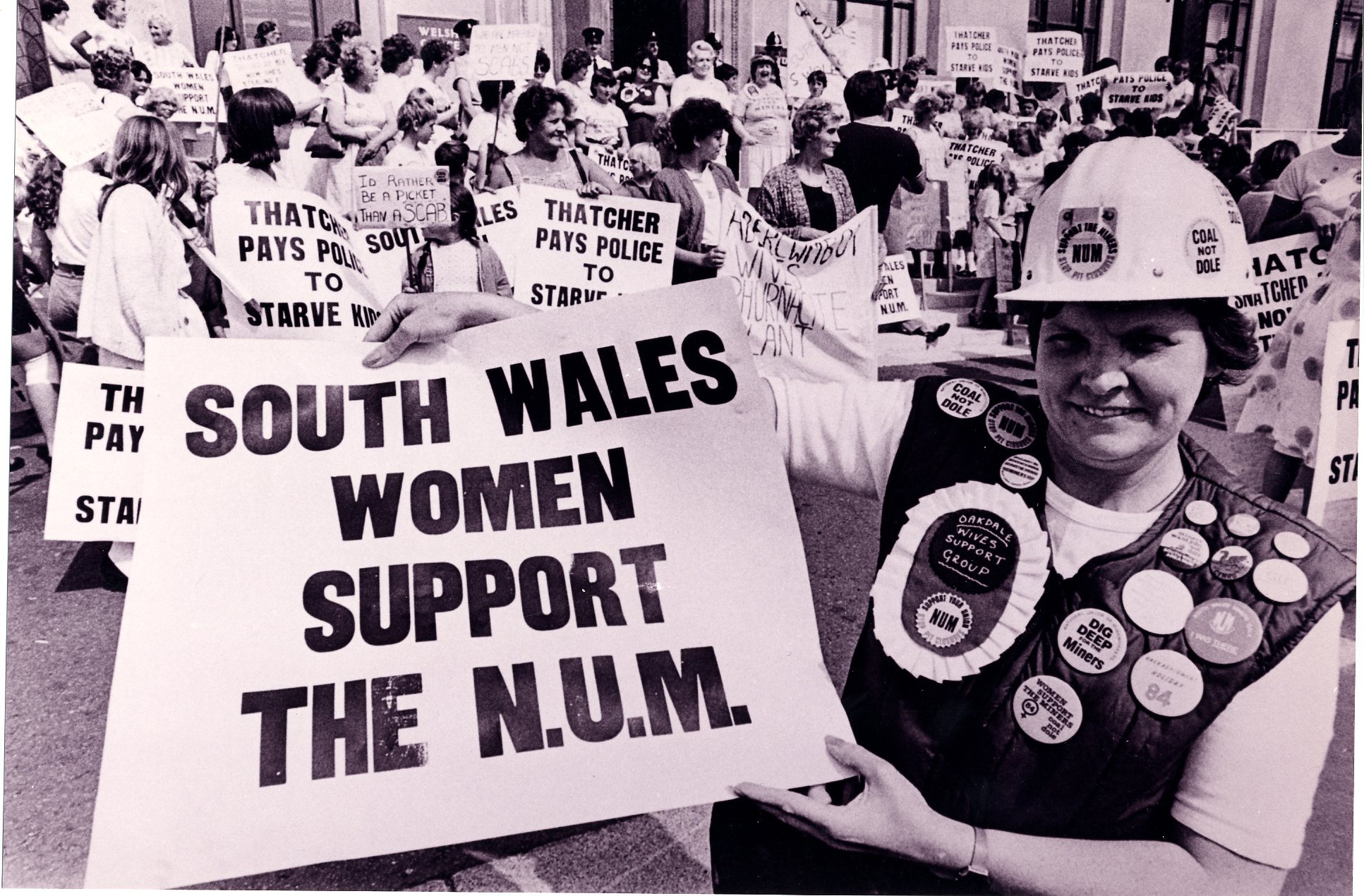 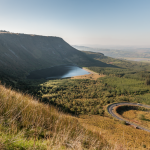 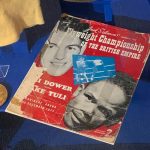 Dai Dower: Boxing Legend of AbercynonStories from the Collection