Humans inhabited this area from about 8000 years ago. The earliest evidence of man’s presence was found in 1963 at Craig Y Llyn. Chipped stone tools were found at the site recorded as from the Mesolithic, or middle stone age. This, and other articles found nearby, suggest seasonal nomadic activity. Though no definite Mesolithic or later settlements have been located, the concentration of finds at the Craig Y Llyn escarpment suggests the presence of temporary campsites over the years. 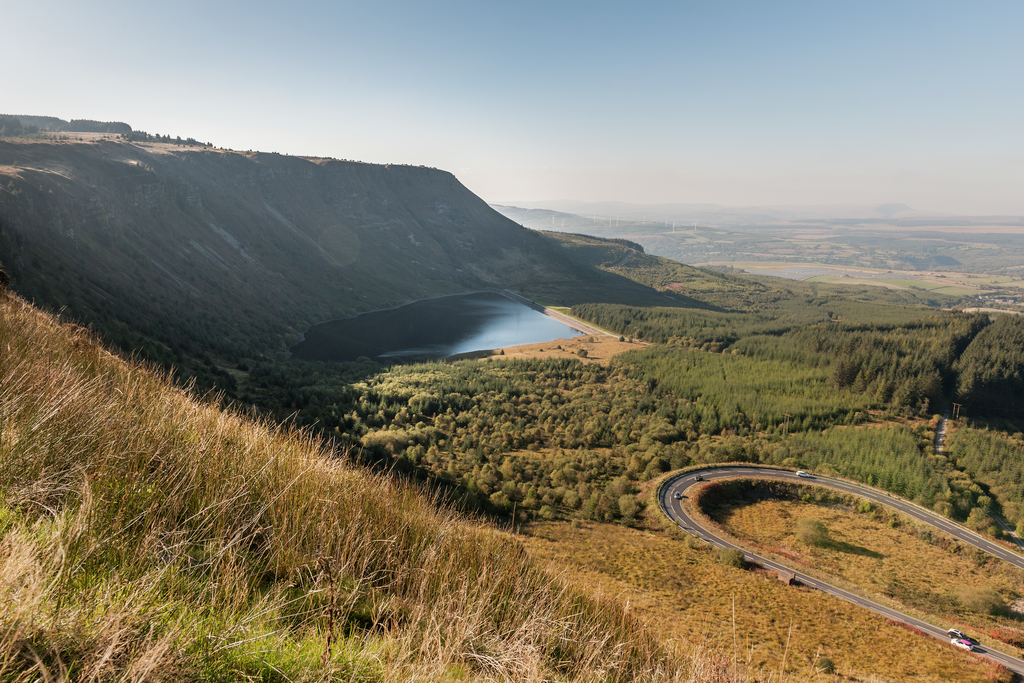 The area would have always served as a source of water, fish, wood, and forage.

Apart from passing drovers, pack horses, tinkers, tradesmen and various travellers, little would have disturbed the area until the industrial revolution.

The 12-acre lake was to be increased to 24 acres and a 25 ft. concrete escarpment to be built along the whole length of the North West side, to stop the natural outflow. There was now a total storage volume of 200 million gallons, the water supply then being pumped through a 1.25 mile tunnel under Craig Y Llyn to the water treatment works at Tynewedd, Rhondda. This tunnel is still an important part of Welsh Water’s infrastructure supplying the Rhondda Valley.

Indeed, it was during the deepening of the lake that the Llyn Fawr Hoard was discovered. Twenty-one bronze and iron objects were found altogether, including: 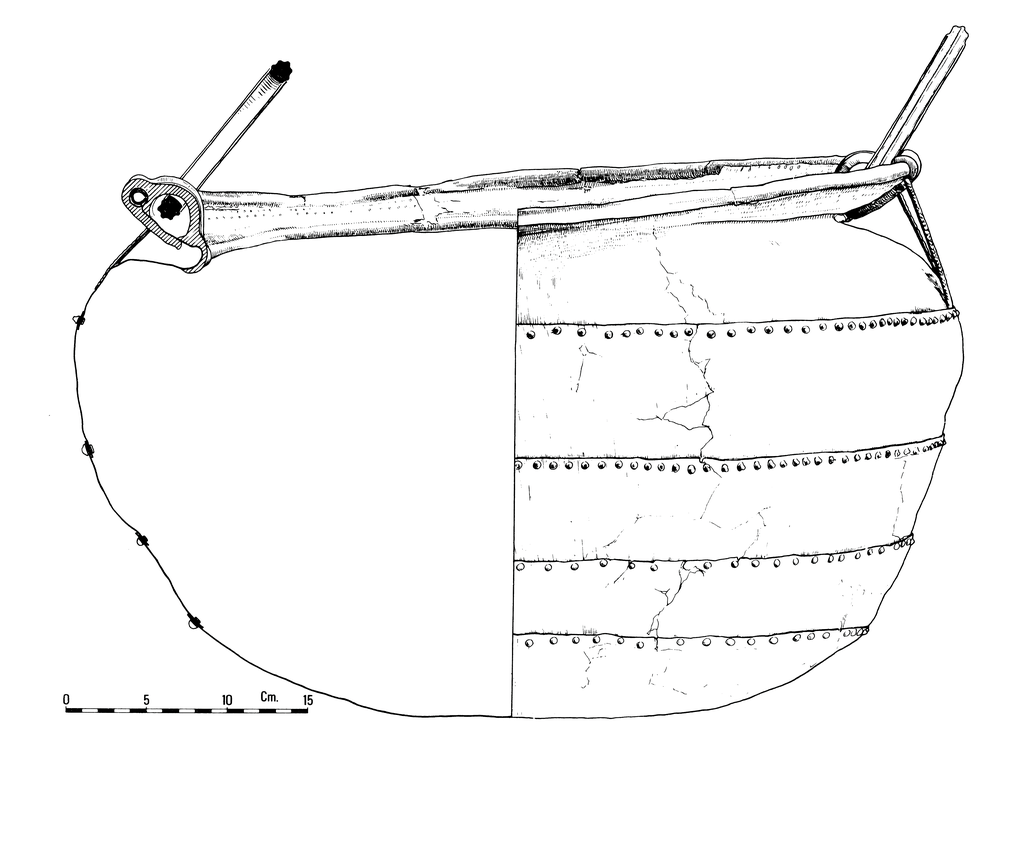 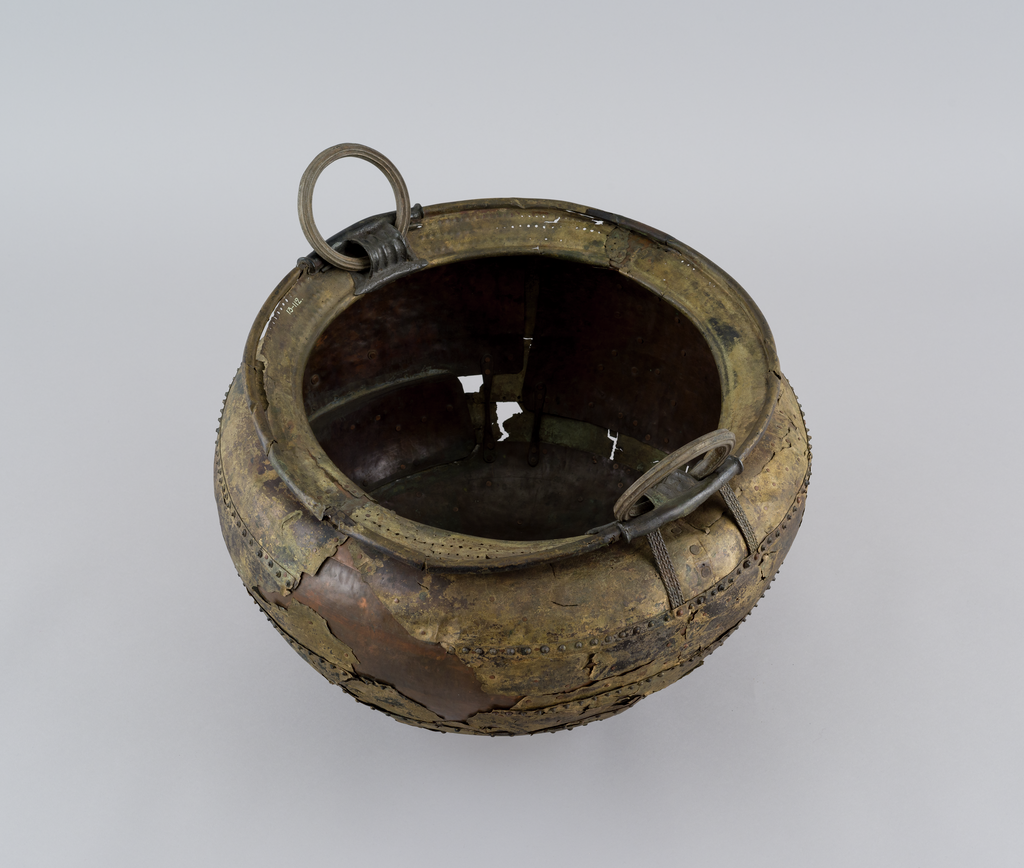 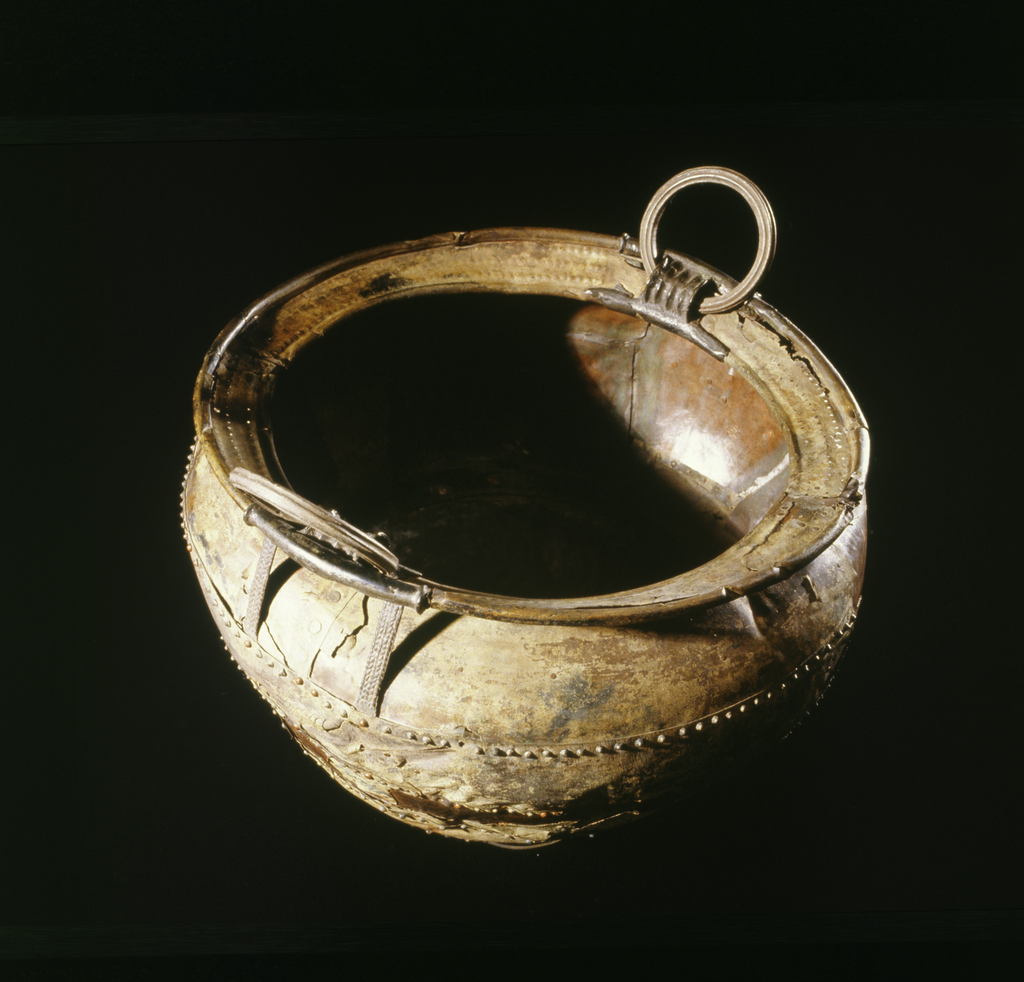 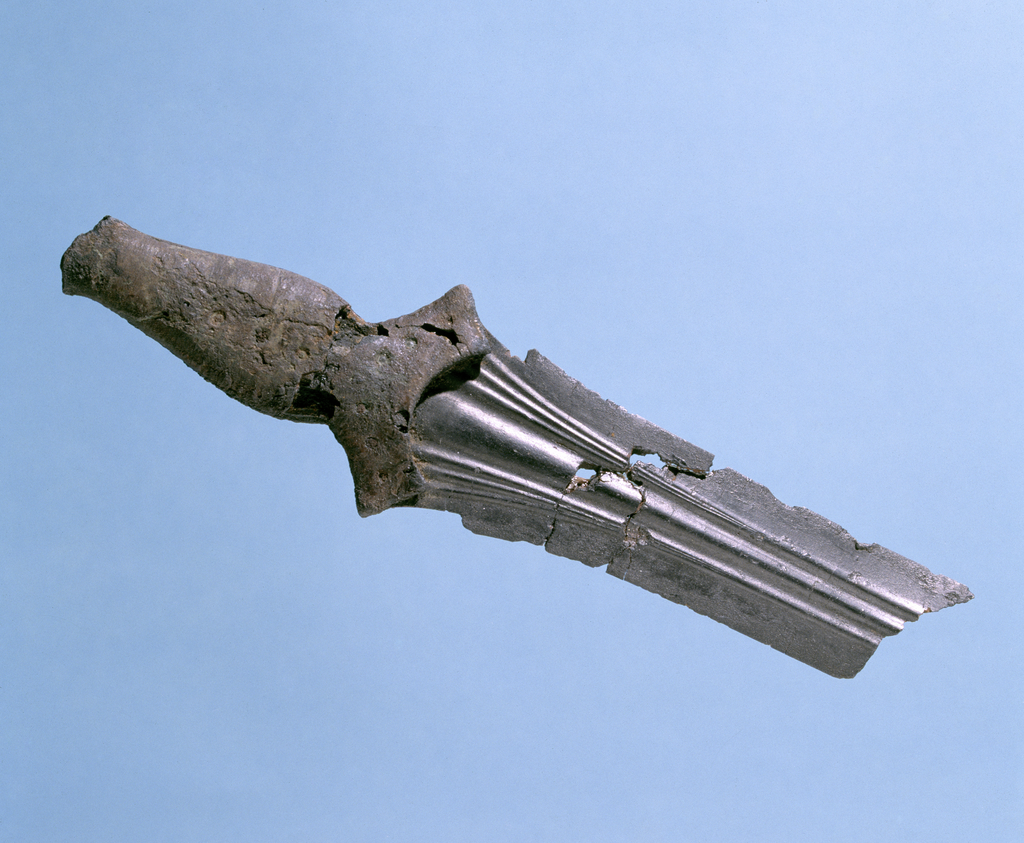 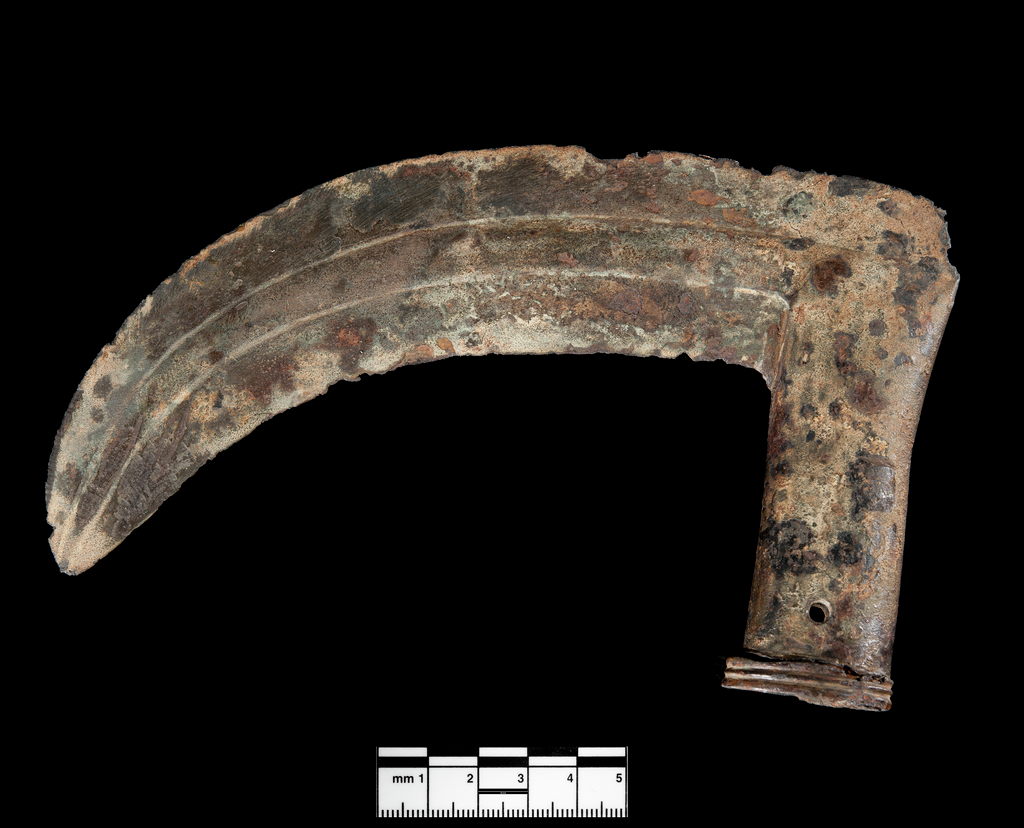 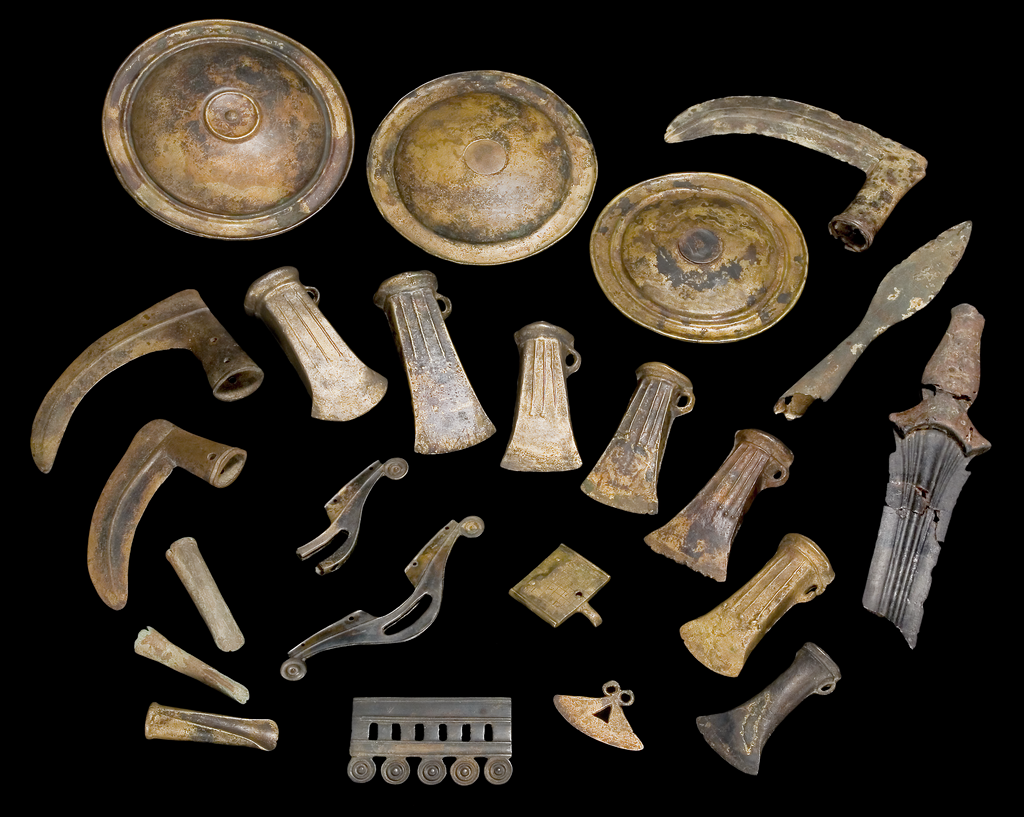 The items were buried in waterlogged peat at the bottom of the lake, so were preserved in good condition.

It is thought that these artefacts were cast into the lake as ‘votive offerings’, as a sort of ‘contract’ with their gods in return for good harvests or mild winters. The reflective waters may have been seen as a boundary between the two worlds because the hoard was from the crossover period between the Bronze and Iron Ages.

‘The Llyn Fawr Phase’ is the official name of the beginning of the iron age in Britain (800-600 BC).

The area of Craig Y Llyn, Llyn Fawr and the smaller Llyn Fach nature reserve is 1.25 km to the West is a ‘Site of Special Scientific Interest.’

The lakes especially Lyn Fach are truly glacial in nature with a mix of acid bogs and rocky heath supporting a number of flowers, plants and ferns.

Otters are frequent visitors and water birds such as Little Grebe, Heron and Coot are in residence. There is a fishing club based here and trout abound. There is a variety of birds in this area; large flocks of migrating birds stop off to feed and fieldfare and heron are often seen here as well as the birds of prey. Joining the Kestrels, Kites, Sparrowhawks and even the occasional Peregrine Falcon are humans on the Zip World lines from the top of Craig Y Lyn over Lyn Fawr to the Tower Colliery site.

This valley has seen several changes from rural and quiet to the turmoil of industry with all the physical changes and legacy that went with it to the process and progress of the restoration.

The slopes of Craig Y Llyn, the areas by Llyn Fawr and Lyn Fach, are seen as almost the only significant unaltered landscapes in this area of the southern Welsh hills.

Cyril Fox and H. A. Hyde, ‘A Second Cauldron and an Iron Sword from the Llyn Fawr Hoard, Rhigos, Glamorganshire’, 2012, Cambridge University Press 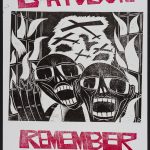 The Work of Paul Peter PiechStories from the Collection 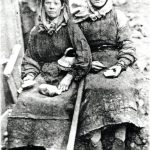 Women in the MinesStories from the Collection