A brand-new photography exhibition, presented by the Cynon Valley Museum in Aberdare and the Wales Co-operative Centre, goes online on Tuesday 11 May 2021. The exhibition reflects the vibrant and dynamic co-operative movement which exists in Wales. Launched to coincide with the 250th anniversary of the birth of Robert Owen in Newtown, ‘The Modern Face of Co-ops in Wales’ brings together the work of photographers whose images feature co-op businesses building a stronger, fairer, more co-operative nation.

Amongst the co-ops featured in the exhibition is Trivallis (photographed by Matthew Bevan). Based in Rhondda Cynon Taf, Trivallis is one of the largest housing associations in Wales and provides over 10,000 homes and a range of services to its customers, their families and its communities. Trivallis is a Community Mutual Housing Organisation, a form of co-operative that gives tenants more governance and control over their homes. 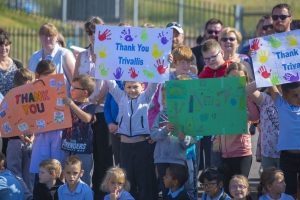 14 May 2021 marks the 250thAnniversary of the birth of Robert Owen in Newtown, Powys. A Welsh textile manufacturer, philanthropist and social reformer, Owen was one founder of socialism and the co-operative movement. Throughout his life, he championed workers’ rights, led the development of co-operatives and the trade union movement, and supported the passage of child labour laws, free education and early-years child-care.

The exhibition has been curated by Catherine Evans, Policy and Communications Manager at the Wales Co-operative Centre, who said: “Although he was born 250 years ago, Owen’s legacy is alive today, carried on by the 474 independent co-op businesses, including Trivallis, which currently exist in Wales, and the countless community groups whichoperate in accordance with values such as self-help, self-responsibility, democracy, equality, equity, and solidarity.

“At a time when there is a lot of interest in ‘building back better’ and taking a more co-operative approach to our communities and economy, the photographs reflect a movement which is already doing this in Wales. The photographs challenge the misconception that co-operation and co-operatives died out in the mid-twentieth century. In a post-Covid Wales, it is vital that we understand the modern relevance of the co-operative movement, and this exhibition provides an opportunity for that conversation.”

Catherine said: “During the last 12 months many organisations and freelancers in the cultural sector have faced enormous difficulties. We wanted to celebrate the Robert Owen Anniversary in a way which supported people working in the sector. Highlighting the work of nine brilliant photographers and working in partnership with community-led venues like the Cynon Valley Museum, felt like a fitting way to honour Owen’s memory and values.” 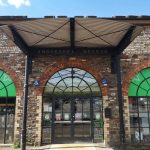 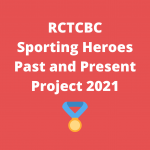