The sporting heroes will be chosen through an online nomination process. RCTCBC is asking the public to nominate individuals or groups they believe best represents a local hero in their area. The nominations can be made in two categories:

The individuals and groups with the most nominations will be showcased on interpretation boards throughout the changing rooms of the authorities’ sports facilities.

Furthermore, as part of the project, all the qualifying nominations will be researched and recorded, and the information will be made accessible to the public via a QR code.

We had a short interview with Darren Macey, Acting Operational Manager for the Rhondda Cynon Taf Heritage Services, to learn more about the project.

Question One: What are the main aims of this project?

Funded by the Heritage Lottery Fund the project is a collaboration between RCT Sport, the History Department at USW, The Heritage Department of RCTCBC, and local communities. The project’s wider aim is centered on broadening the base of interest in the history of Welsh cultural and sporting identity in both education and with the public. We are researching historic and contemporary local sporting figures connected to each of the local authority-sporting facilities across the RCT and seeking to reconnect our sporting past with the present.

Question Two: How has sport made an impact in RCT and why should we commemorate it in this way?

Between 1780 and 1901 Wales’s population soared from just 400,000 to over 2,000,000. The rapid industrialisation of the South Wales Valleys was at the centre of this population explosion. An example of this incredible growth the wooded valley of Ystradyfodwg (the Rhondda), which had just 950 inhabitants recorded in the 1851 census yet just sixty years later the 1911 census described how the Rhondda had over 153,000 souls packed into its two valleys. How then did these disparate migrants define themselves? How did they create the communities we live in today? There is of course not one single answer to these questions however I would suggest that the sporting identities they created in the teams they formed are rooted in time, place, and space. Sport helped these men and women come to an understanding of who and what they were and in their teams, changing rooms, and the individuals who represented them offer us clear and tangible links to the communities of history and heritage.

Question Three: What is the importance of recognising local heroes as well as national ones?

I’d suggest that in terms of our project the definition of a sporting hero is a pretty broad one. The project is driven by the public’s nominations and as such it’s the public’s understanding of what makes a person or group heroes that really counts. Is the British Lion or Welsh international any more of a hero than the community champion, the longstanding committee person, the person who runs the line on a wet Saturday afternoon, or those who perform the other thankless tasks? For me, I think they are all our communities’ heroes and I’m really keen to record all of their stories.

Question Four: How will this encourage more people in RCT to be active?

We’re working closely with RCT Sport on this project and seeking to promote all of the authority’s sporting facilities. By encouraging interest in sport, both in terms of Sporting Heritage and current activities, we hope to get the public of RCT back onto the playing fields and into the sports centres across the authority.

Question Five: Who is your favourite sporting hero from the Cynon Valley?

That’s a tough one.

My first game of club rugby came under the floodlights of a rain-soaked Ynys Field in Aberdare. In my first year of youth rugby and on the ‘coalface’ at loose head prop, I was representing the newly formed youth section of Wattstown RFC against a strong fifteen from Aberaman Youth. That night I had the dubious ‘pleasure’ of packing down against a lad just a school year older but light-years in advance of me in terms of talent and ability, a certain D Young. I learned more that night about who I was as a person and how much I had to learn as a prop than I would in a thousand training sessions. It’s an old and overused adage but for me scrummaging against Dai that night was indeed ‘a man against a boy’ and Dai would prove my point just three years later. While I was learning some painful lessons, as a young prop forward moving into senior rugby, at 19 Dai was playing in a world cup semi-final for Wales and just two summers later he would steady the British Lions scrum in three Australian test matches.

That said we’ve already come across some amazing individuals and stories from the Cynon. From Henri de Toulouse-Lautrec’s drawing of Aberdare cyclist Jimmy Michael to the Mount’s Leslie Manfield whose school had to buy him a pair of boots before his first international appearance for Wales’s Under 15s in March 1930, (he scored a try in the 9-6 victory over England). Another of my favorites would have to be Margaretta Bevan a prominent figure in women’s hockey in South Wales during the early years of the twentieth century. Margaretta quickly rose through the ranks establishing herself as a leading player for Aberdare, Glamorgan, and the South Wales ladies’ team. By 1905, she was captaining the Welsh international ladies.

If I had to choose just one Sporting Hero from the Cynon I’d have to say Richard ‘Dick’ Thomas, even though he was born on my side of the mountain in Ferndale. A fine rugby player and strapping Glamorgan Policeman Dick captained Mountain Ash RFC. During the first golden age of Welsh rugby, Dick was a regular in the Glamorgan County team and after a fine performance against the touring South Africans in 1906 he was selected for his first Welsh international appearance. Dick would go on to be capped on four more occasions between 1906 and 1909, emerging victorious 3 times before serious illness and injury ended his Welsh career. He was also a gifted boxer and winning the Glamorgan Heavyweight Police title the times and narrowly losing in the final of the Welsh Amateur Championships in 1914. Dick was a leader of men on and off the field and after enlisting in the 16th Battalion Welsh Regiment during the Great War he was swiftly promoted to the rank of Company Sergeant Major.

We charged the Wood like madmen, My God! What a charge we made, the observers who watched behind us said ’twas better than being on parade. There were many brave men from the Mount with never a thought of fear, it never seemed to cross their minds that for them the end was near.

Like many of his friends, teammates, and comrades from the Cynon Valley, Dick fell on the 7th of July 1916 at Mametz Wood and is commemorated at the Thiepval Memorial to the Missing of the Somme. Ever the proud policeman, Dick also has a building named in his honour at the Bridgend headquarters of the South Wales Police.

Those would be my choices but each community and changing room will have its own unique cultures and traditions. I’m looking forward to seeing what names come out of the process, I’d say to anyone with a link to sport or community across RCT, have your say and nominate for your heroes past and present. 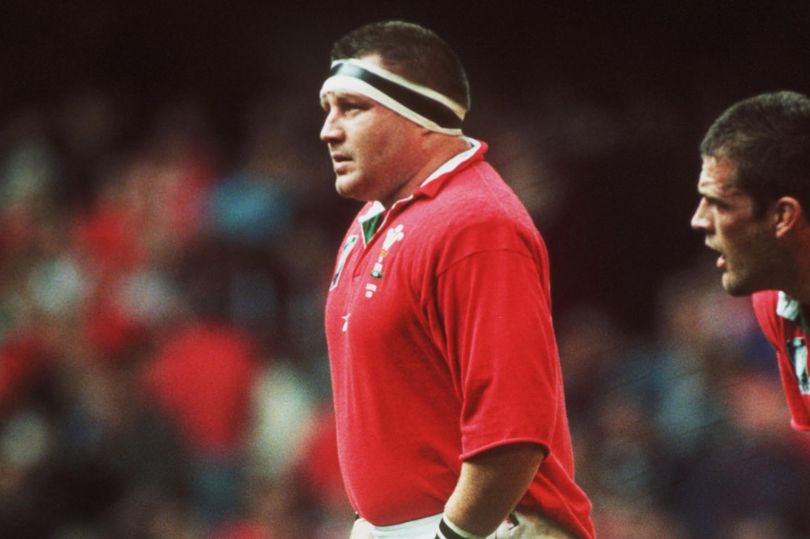 Dai Young playing for Wales against Samoa at the Millennium Stadium in the 1999 Rugby World Cup (Image: Dave Rogers/ALLSPORT). 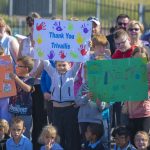 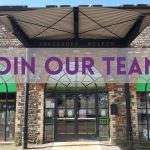