The Life of Bernard Baldwin, Founder of the Nos Galan Races – Part 2

Welcome back to the second part of the Bernard Baldwin blogs!

This article is inspired by the objects from the Cynon Valley Museum collection, which are featured throughout. They concern the racing event, Nos Galan, which was founded by Bernard Baldwin in 1958. This includes the medal, photographs taken during and after the race and a list of the participating teams, showing runners from all over the U.K.

Bernard was not content with just the Nos Galan races; he also created a mile long event in 1959 in Penrhiwceiber, which was won by a world record holder, Derek Ibbotson. Bernard also founded other races including the first Taff Street Dash in Pontypridd in 1959, which was a great success. Every year the Annual Dinner of the Road Runners Club of Wales took place during the evening of this event. Bernard always spoke and entertained 300 or so guests with various tales, often about his fellow diners.

Furthermore, Bernard was still not content with the above events as he created 2 two-man relay events. These took place from Cardiff to Mountain Ash and Cardiff to Swansea, equating to around 51 miles. One of the two-man teams drove a vehicle while the other ran; they then swapped over as and when. These events only lasted 3 years as there was concern about safety and traffic regulations.

In 1973, Bernard organised a 20-mile race at the newly opened Whitchurch Track at Bristol and an UK all-comers best record was set on the day of the event 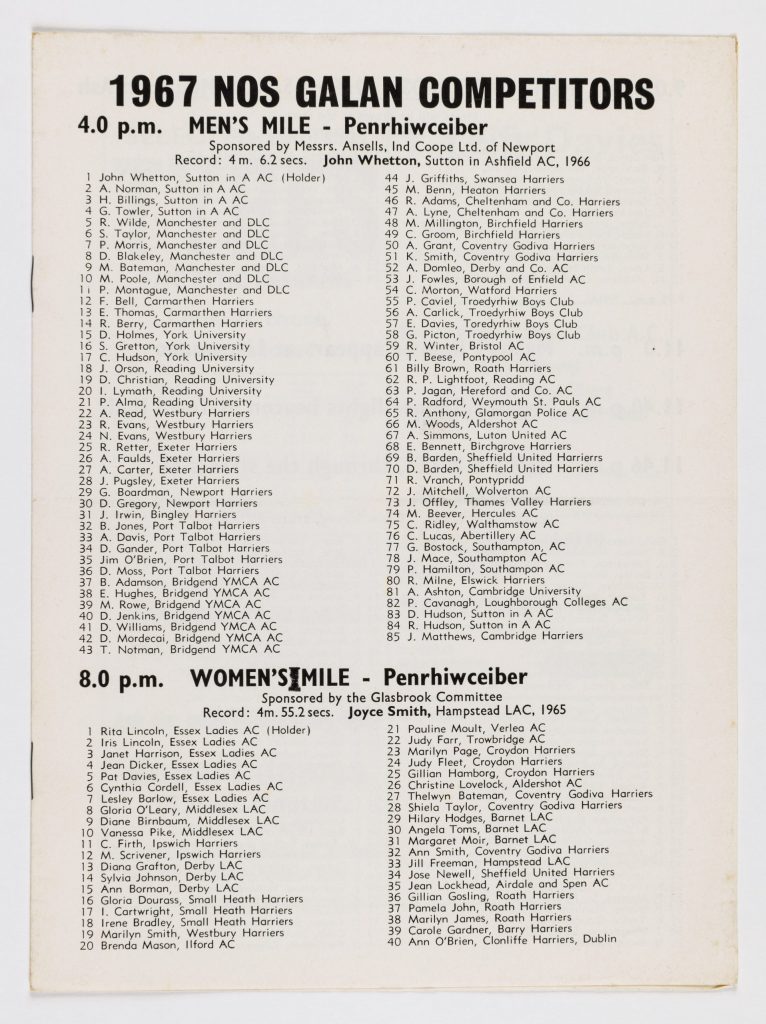 After 12 years of the Nos Galan, Bernard had the satisfaction of seeing every runner of note take the trouble to come to South Wales and run 4 miles in the dark and cold every New Year’s Eve. It would not be an easy journey to Mountain Ash, and the runners travelled some distance to compete, which is highlighted in the different team names described on the race results. Thus, Bernard arranged with local people to let a lot of the runners who had come a long way to stay the night with them.

Bernard’s enthusiasm nearly killed him just before the 1967 race. He had a box of fireworks in his car and was setting them off to signal the arrival of the mystery runner when, unfortunately, a spark landed in the box and the car burst into flames. He suffered multiple burns and was out of action for several months.

At the age of 46, Bernard was awarded the MBE for services to British sport.

Over the years Bernard continued to write many articles for sporting magazines and papers. He was appointed as Secretary to the Welsh Athletics Governing Body. He was also the Secretary of the British Olympic Association for many years.

He also wrote a book titled “Mountain Ash Remembered: the story of the Nos Galan Races 1958-1973” (the races were stopped because of police concerns about safety, but restarted in 1984). In 2014 he was granted “freedom of the county borough”. 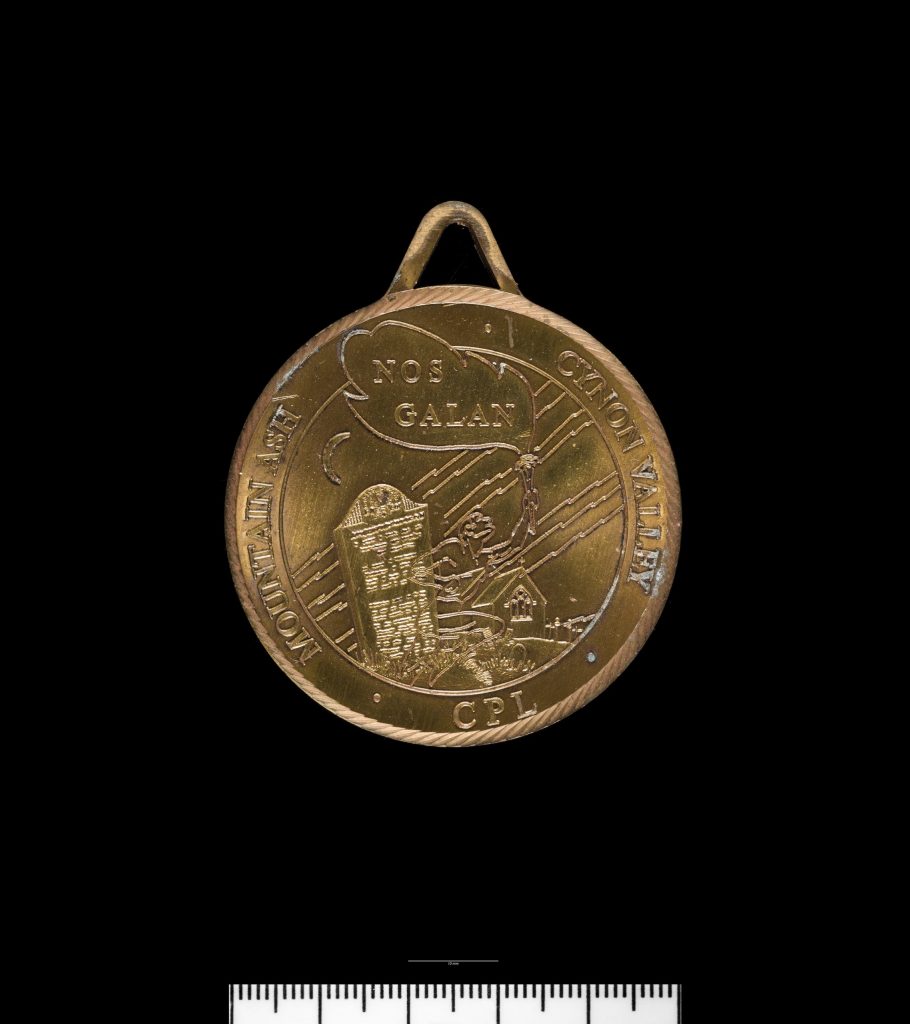 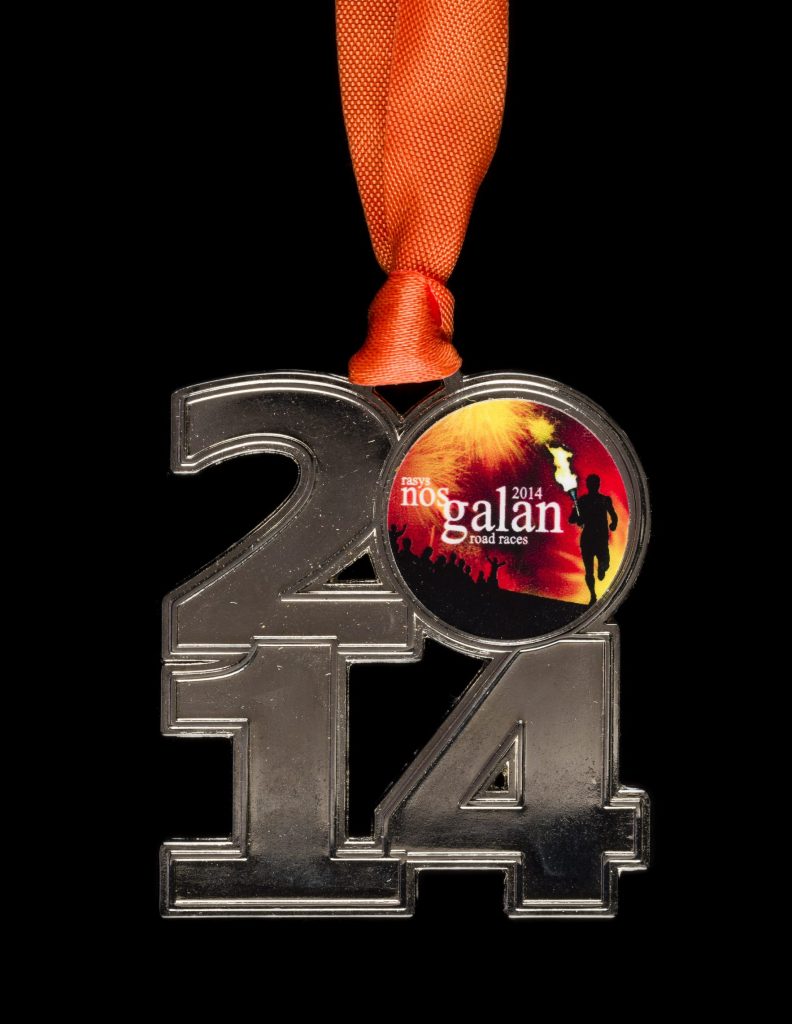 Bernard was involved as Honorary President of the Nos Galan right up to the end. He passed away a few days after the 2016 event.

Bernard always said he enjoyed his life and felt proud of all the events he created. He had every right to be, for he created one of the 500 best World Running Events, as officially recognised alongside the London and Boston Marathons. Additionally, he also took care of and introduced a lot of local children to sport which would benefit them always. He also put Mountain Ash “on the map” for the Nos Galan was covered by all media including the B.B.C., as one can see from the photos of the large attendance each year.

Yet Bernard did a lot more than that; he inspired and involved countless people of all ages and backgrounds into participating in sport just for the sake of it and to be part of ‘something’ for enjoyment and the sense of achievement. 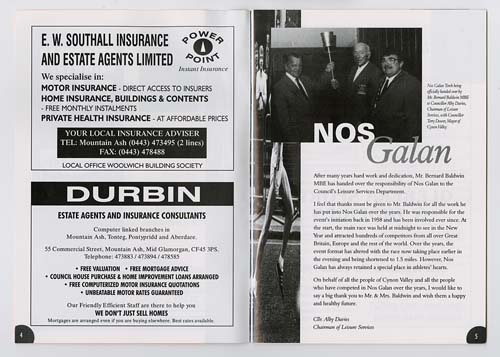 PART ONE of the blog is also available on the website. Click on this link to read it. 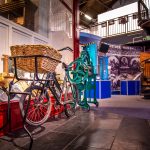 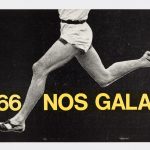 The Story of Guto Nyth BranPeople, Stories from the Collection