This latest article tells the stories of four model wagons in the Cynon Valley collection. 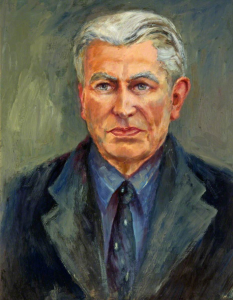 The four examples of model wagons in this article belonged to Mr G. I. John, who for a long time was the town librarian for Aberdare under the Aberdare Urban District Council. Mr John was a keen photographer, a member of The Royal Photographic Society and secretary of the Aberdare Camera Club. He was twice President of the Aberdare Rotary Club in 1954 and 1955 and a Cynon Valley History Society member. John was a keen and talented model-maker whose superb Dare railway viaduct model is on display in Dare Valley Country Park. The models below were donated to the Cynon Valley Museum in the early 1990s. 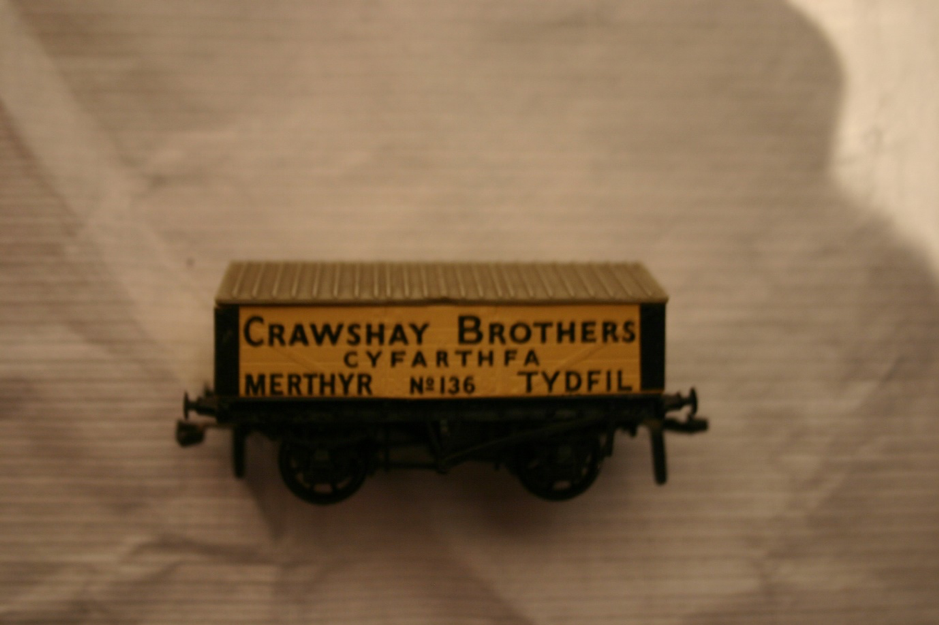 This 00-gauge model is an example of a covered lime wagon used by the Crawshay family to transport lime and was owned by former Aberdare librarian Mr G. I John. This dark yellow/cream colour wagon with black letters names the owners ‘Crawshay Brothers’ and Cyfartha, Merthyr Tydfil as the location. This particular wagon modelled here is number 136. These wagons have been modelled by several companies including Hornby, Peco and Dapol.

The process of iron and steel production included quarrying limestone from quarries owned by the family and heating it to very high temperatures to extract the lime. The lime would need to be transported to the iron works in sealed wagons to avoid contaminating the area with the toxic lime. Wagons like the one modelled here were used from around 1880 and continued to be used until the closure of the iron and steel works in 1919.

The iron works at Cyfartha were established in 1765 by Anthony Bacon, a London merchant, along with his business partner William Brownrigg, from the Cumberland area. The Crawshay family enter the scene in 1794, acquiring the lease and going on to run the site for a further 108 years. By the time these wagons were regularly used, the company purchased two eight-ton Bessemer converts and from 1885, began producing steel.

Robert Crawshay died in 1879 with control of the company moving to his sons, William Thompson Crawshay, Robert Thompson Crawshay Jnr and Richard Frederick Thompson. In the same year, the Crawshay Brothers Company came into existence. The new Bessemer technique of blowing air through molten iron to make steel helped the prospects of the company; however, it was not enough to secure its survival and the Guest, Keen and Nettlefolds company bought the company instead.

The site of the Cyfartha ironworks remain mostly unused. Ancient Monuments.uk describes the site as ‘retain(ing) significant archaeological potential, with the strong possibility of the presence of associated archaeological features and deposits.’ 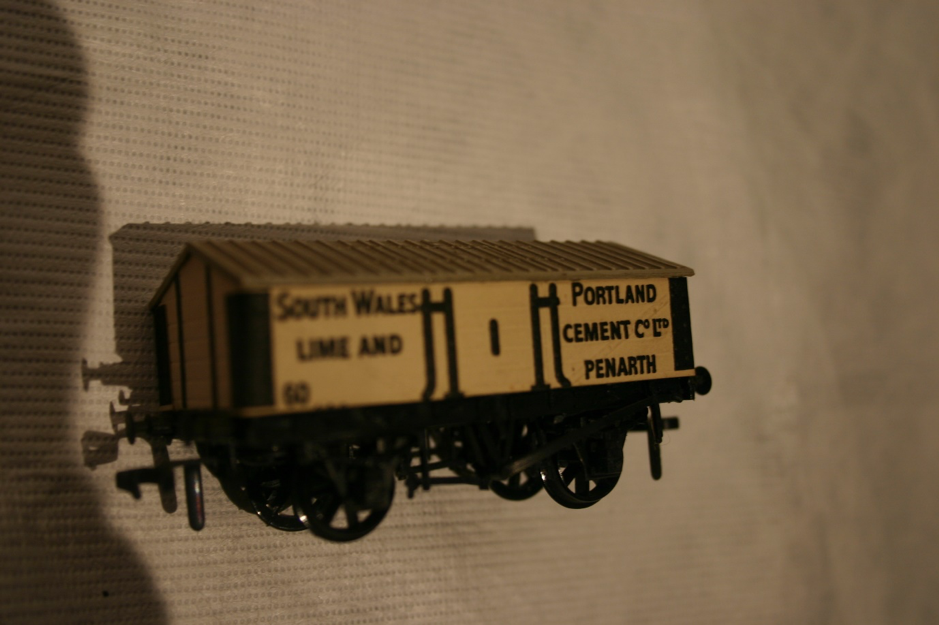 An example of a 00-gauge model of a lime wagon used to transport lime to the South Wales Lime and Portland Cement Company LTD, Penarth and owned by former Aberdare librarian G.I George. The wagon is a cream coloured, covered wagon with black lettering, numbered 60. Peco modelled this wagon.

The Cosmeston area was rich in limestone. It had been used for around 80 years before the cement works had been established, with the  extracted lime used in the construction of Cardiff docks. The production of cement at the Cosmeston site began in 1886 and the lease was taken over by the South Wales Lime and Portland Cement Company in 1892. This company ran the works for a relatively short period until 1911 when control went over to British Portland Cement Manufacturers (BPCM) Ltd.

The cement works had its own narrow gage railway within the site; however, this example would have been used to transport the lime on the main line network linking the now closed Cadoxton to Penarth line. The wagon modelled here would have been standard gauge.

The cement works produced the famous ‘Dragon’ brand of cement until its closure in 1969 and the quarries closed the following year, 1970. The nearby cement works at Aberthaw took much of the business from the Cosmeston site on its closure. Penarth Urban District Council used the site as a landfill site from 1968 to 1978, until Cosmeston Country Park was established. The park today boasts lakes, cultivated gardens and a large variety of wildlife. 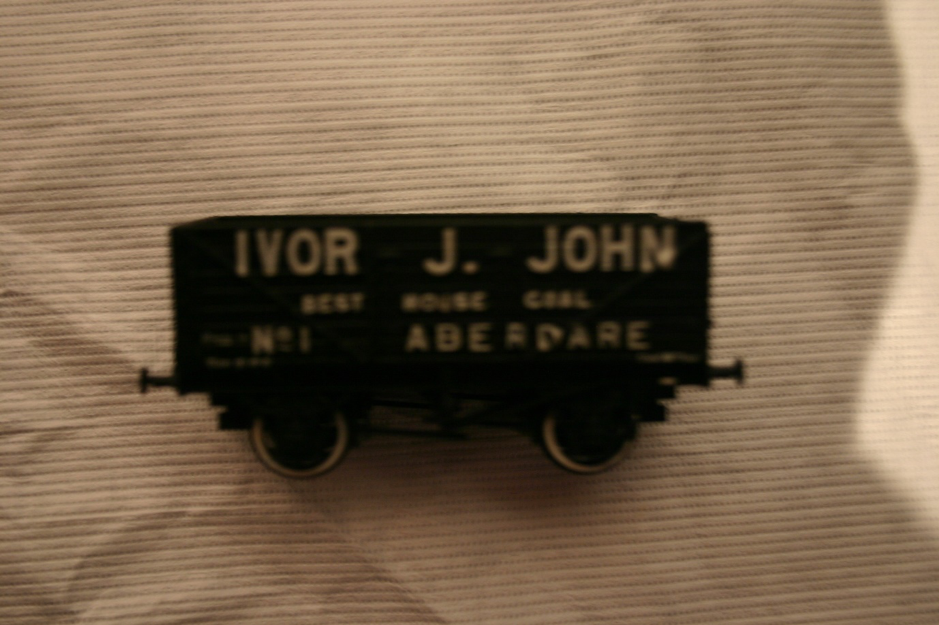 Coal merchant Ivor J. John of Monk Street, Aberdare owned this model, a 00-gauge representation of a 7 planked wooden coal wagon. The wagon is black in colour and has white lettering stating the owner’s name Ivor J. John, the slogan ‘Best House Coal’, its number 21 and the location: Aberdare.

Mr Ivor J. John was the father of Mr G. I. John, the former owner of this model wagon and it is likely that he made this example himself. The Ivor J. John wagon has never been for sale, which leads us to believe that it was custom built. 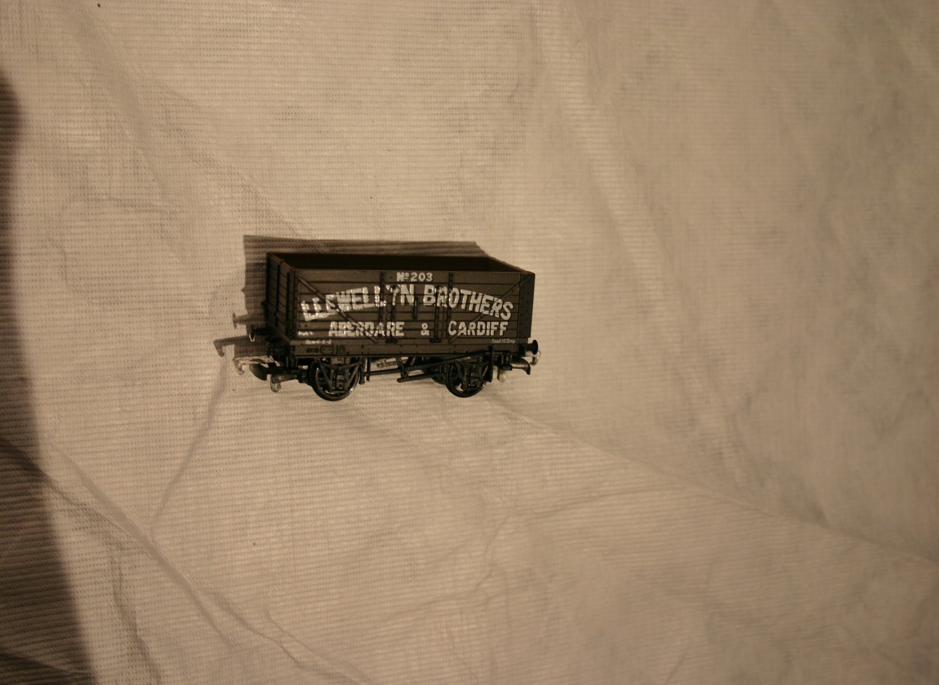 This 00-gauge coal wagon has brown paint with white lettering displaying the number 203 and the owners Llewellyn Brothers of Aberdare and Cardiff. The model is a ‘Replica Models’ of Swindon edition of a seven-plank wagon. These wagons were extremely common on the South Wales railway network from the 1840s to around the 1950s when modern steel wagons took over. This type of wagon transported coal from the collieries owned by the Llewellyn family to Cardiff ports. Coal owners would provide their own wagons to transport  their coal to the relevant docks, with the local railway companies providing the locomotive power.

The Llewellyn family of Bwllfa House, Bwllfa, Cwmdare are well known in the Cynon Valley. Rees Llewellyn (1851-1919) became surveyor and under-manager at Bwllfa Colliery, Cwmdare in 1872 and quickly settled at Bwllfa House with his wife Elizabeth. The Aberdare Leader of December 6th 1919 reports that Alderman Rees Llewellyn left estates with the gross value of £164,943 and net of £140,588 – huge sums of money at that time and equating to around eight million pounds today.

Rees Llewellyn’s sons went onto to run the family business, primarily the eldest son, David Richard Llewellyn (1879-1940). Some claim that by 1920 he owned or managed 1/7 of the South Wales coalfield. In the 1920s he became chairman of Bwllfa and Merthyr Dare Steam Collieries Ltd., Cwmaman Coal Company Ltd., D. R. Llewellyn Ltd. and Duffryn Aberdare Colliery Co. Ltd. David was later knighted and made a Baronet.

The final son to play a role in the running of the business was third son William Morgan Llewellyn (1887-1943). After attending Christ College Brecon, he became an agent at Bwllfa and, on his father’s retirement, general manager. In 1930 he moved from Nantmelin Farm, Cwmdare to live with his cousin Elizabeth Llewellyn at Ty Newydd, Hirwaun. William died at the age of 56 at the University College Hospital London.

Finally,  The Cardiff Times (dated 23rd June 1906) reported an interesting story about Mr David Richard Llewellyn and some of his wagons. It  reported that Mr Llewellyn had an altercation with a Taff Vale Railway guard, David Elias. Llewellyn told Mr Elias to move some wagons that were in his own private sidings at Aberdare further down the line; however, Mr Elias refused to do this, claiming the gradient was too steep for this to be safe. An argument ensued and allegedly Mr Llewellyn struck Mr Elias, with differing opinions on the severity of Mr Elias’s injuries. The outcome was that Mr Llewellyn received a fine of £5 and had to pay Mr Elias £3.

With thanks to Geoffrey Evans for supplying supporting information on this article.

We’re working hard to bring these blog posts and online exhibitions to you during this period of uncertainty. You can see some of these on our Exhibition at Home page. If you’d like to support the Cynon Valley Museum during this time, please share this post with your friends and family. You may also like to make a donation! We’re a registered charity and really appreciate your support, we are looking forward to welcoming everyone back to the museum as soon as possible. 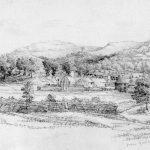 Sister, sister: 19th century sketches of the Cynon valleyPeople, Stories from the Collection 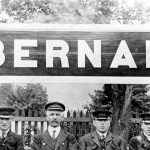