Sugarman & Sons Ltd was established in 1902 in Abercynon. The 1911 census shows that Michel Sugarman was a Russian Jew living at 5 Margaret Street, Abercynon and working as a house furnisher. He had two sons, Barney and Jacob, who became part of his business. The firm was run from the family home and the property next door, and provided several services, mainly furnishing and wallpaper products, but also operating as clothing and footwear dealers. M. Sugerman was a member of the Abercynon Chamber of Trade, which shows important inclusion of the Jewish communities in local planning and discussion. Similarly, the Sugermans were involved in public cultural events, as Barney Sugerman regularly took part in the Abercynon Flower Show and was ranked 3rd place for his watercolour painting in 1917, and 1st place in 1918. 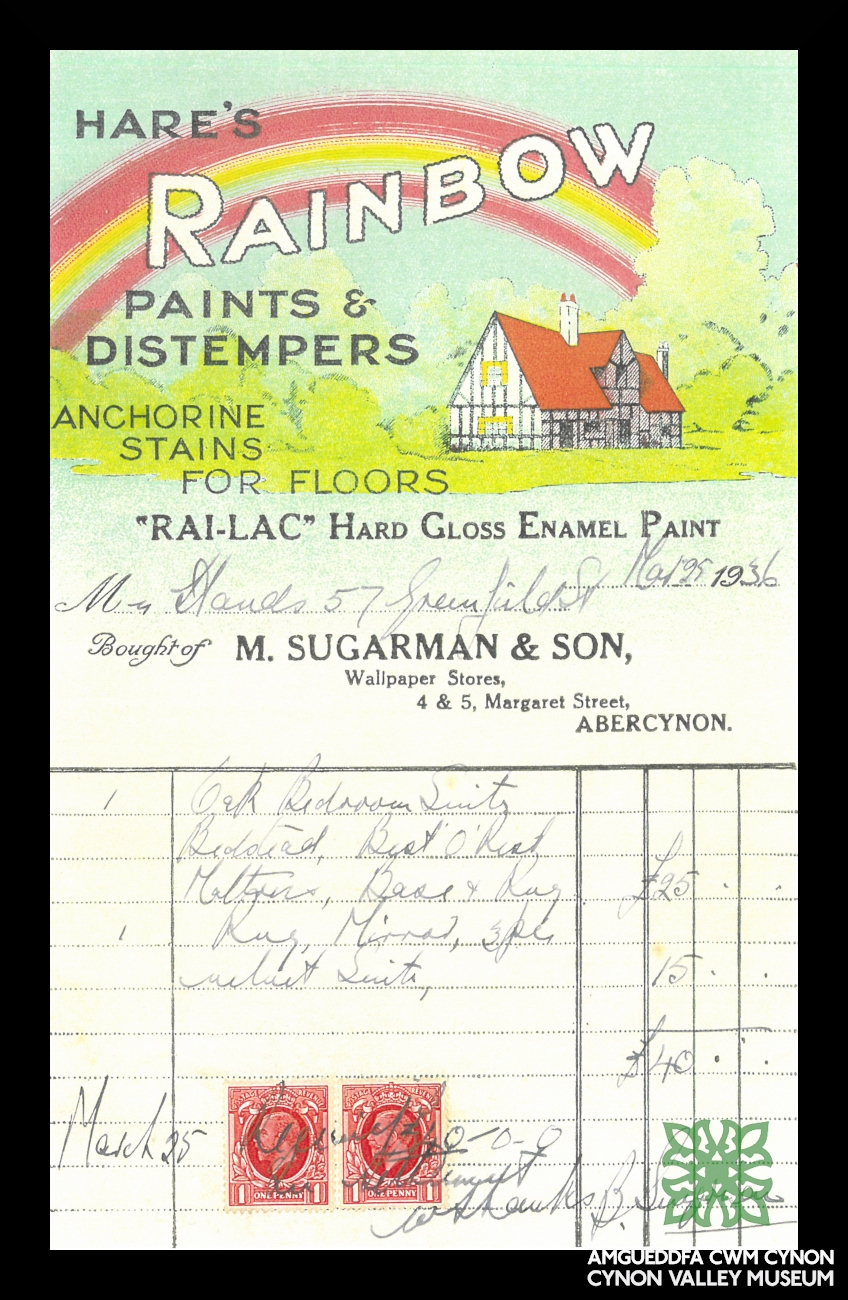 A coloured product receipt from 25 March 1936. The header of the receipt is colourfully designed and illustrated, reading ‘Hare’s Rainbow Paints & Distempers, anchorine stains for floors, “Rai-lac” Hard Gloss Enamel Paint.’ ‘M. Sugarman & Son’ is branded as ‘Wallpaper Stores’ at 4 & 5 Margaret Street, Abercynon. The purchases include ‘1 Oak Bedroom Suit: Bedstead, “Best’O’Rest” Mattress, Base and Rug.’  There are also two postage stamps at the bottom of the receipt. This was a common practice at the time for receipts above a certain value. This may have been a result of the Stamp Act whereby the stamp had to be cancelled or signed off by the seller before handing the receipt to the buyer. You can see on this specific receipt that ‘Received £40’ is written over the stamped and is signed off by ‘B. Sugarman.’