We’re so happy to be open to the public again, and we’re starting off 2022 with a fantastic new art exhibition in our Lower Gallery!

Neil explains ‘Painting is an existential endeavour, an act of purposeful uncertainty. I confront representations of people or humble objects, during a period of societal unrest and decline. Portraits or still life from observation, developed using indirect painting method in the studio. Indirect painting allows time and thought to shape the work, allowing the postponement of resolution in the work.’ 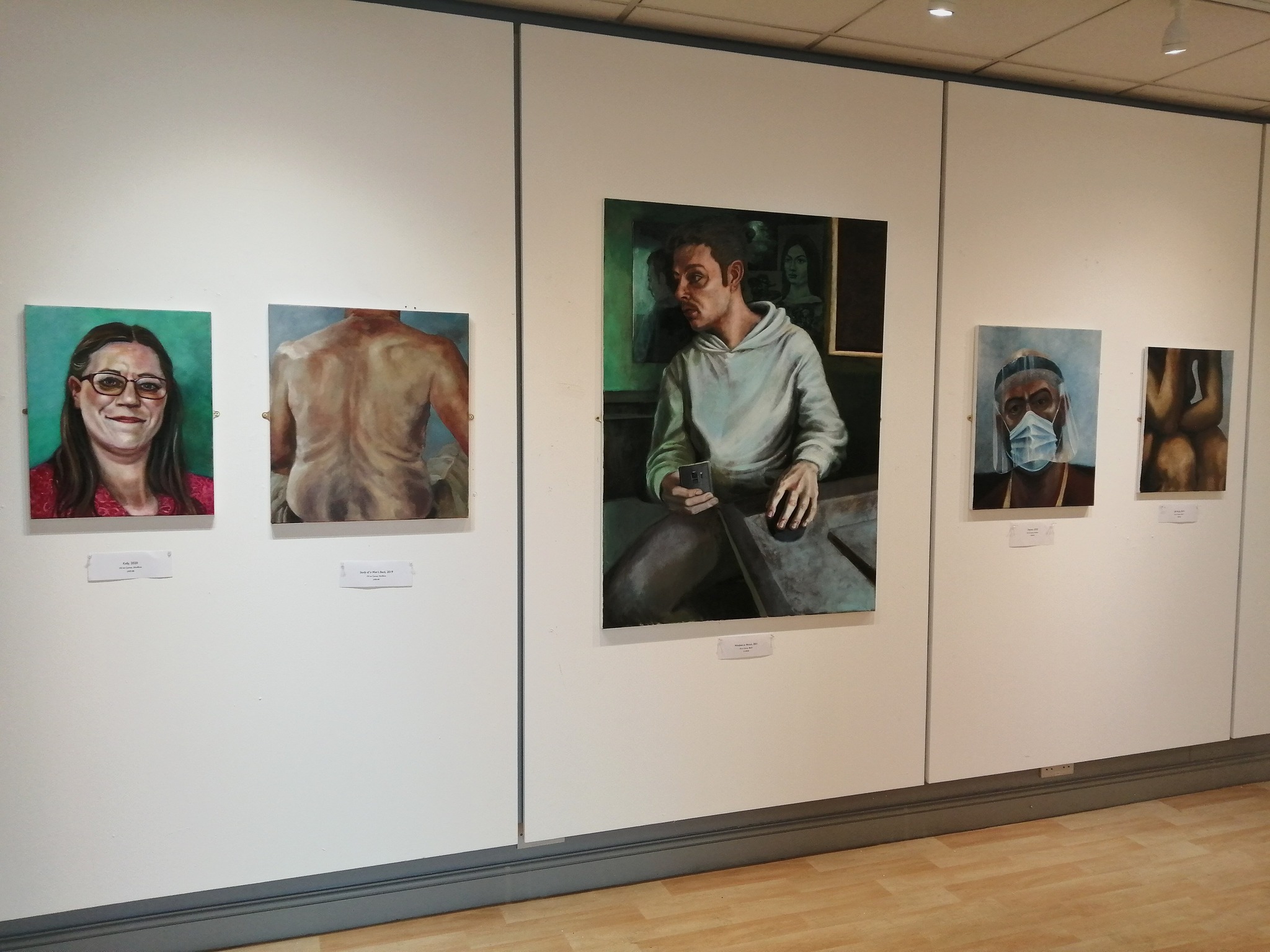 ‘I began with a series of bricks from different locations. Painting a brick, in the traditional way that deals with light and form, one questions the nature of edges. In the hand, the brick is firm and coherent, but in painting, edges can be lost, and form opened out to the shadows. To paint a brick, in a state of unknowing, is to dissolve the brick, dissolve the self that looks at the brick, and to pass through uncertainty with brick held firmly in hand. It is to encounter hypostasis. The brick is a thought, a form that moves between open and closed, real and unreal, presence and absence. The brick that is dreamt and the brick that sits on the table. The brick that sits on the canvas exists in the state between them both.’ 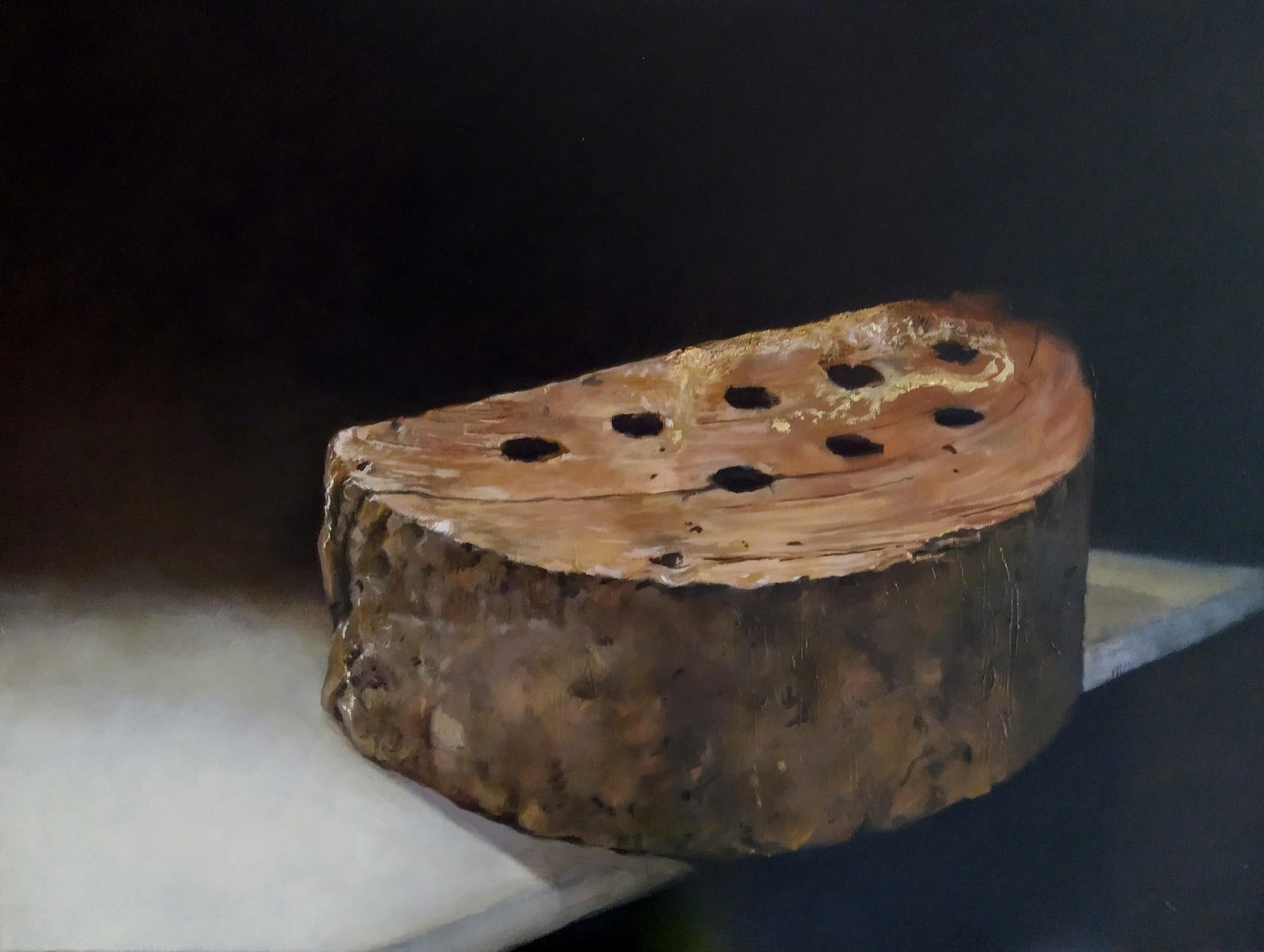 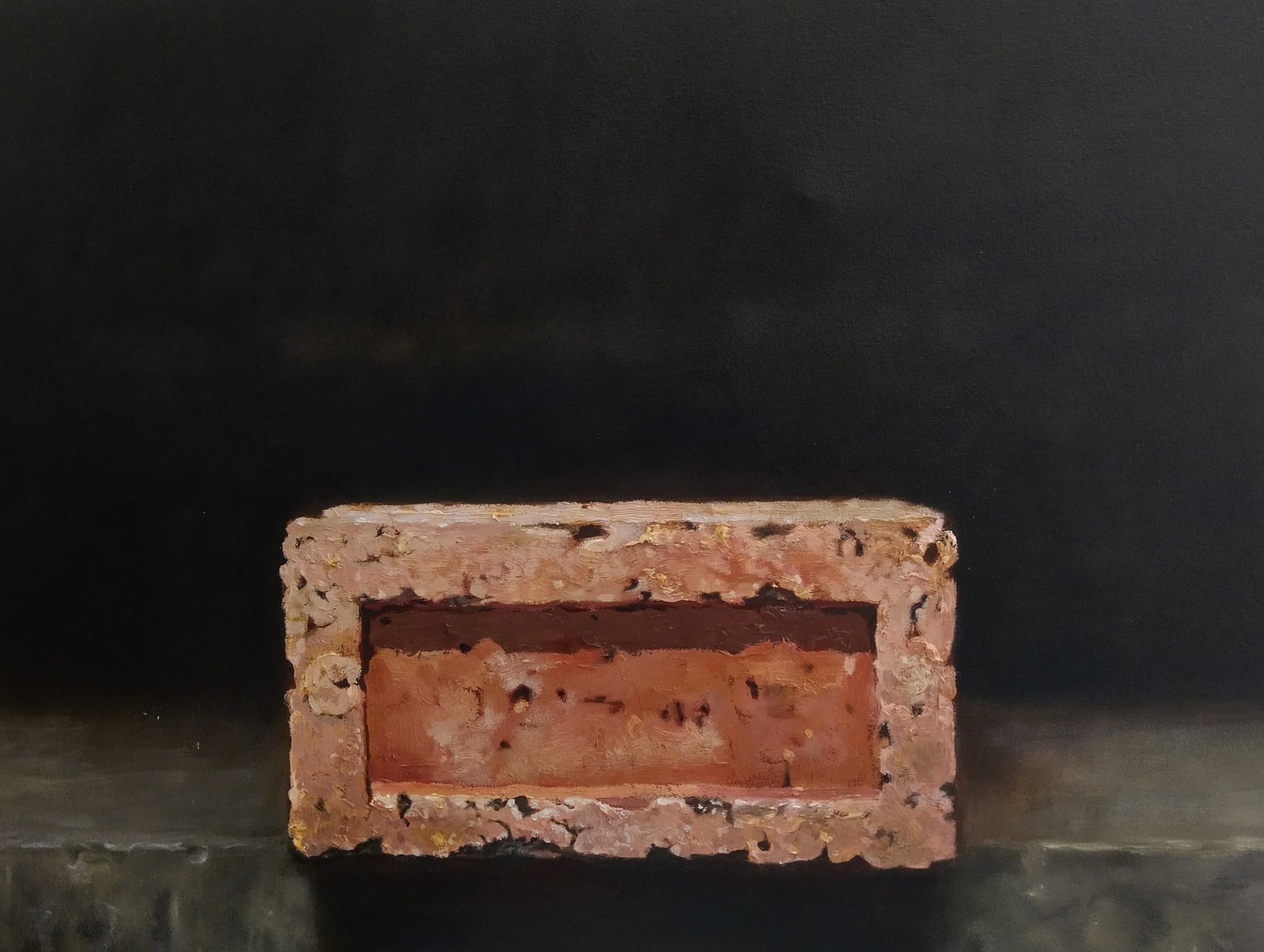 ‘Painting is a relationship with substances, a physical act that necessitates the operation of conceptual apparatus driven by personal exigency.’ 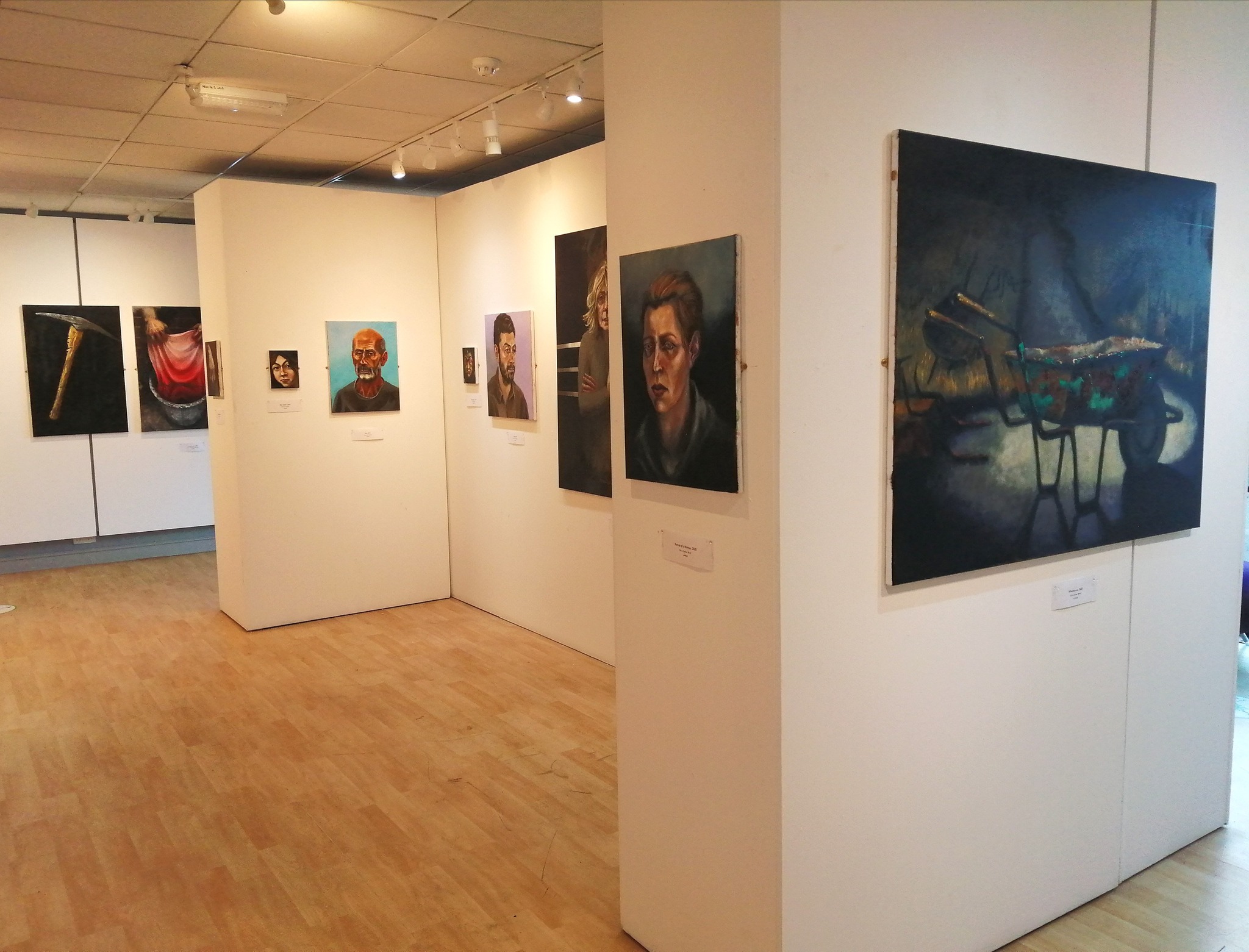 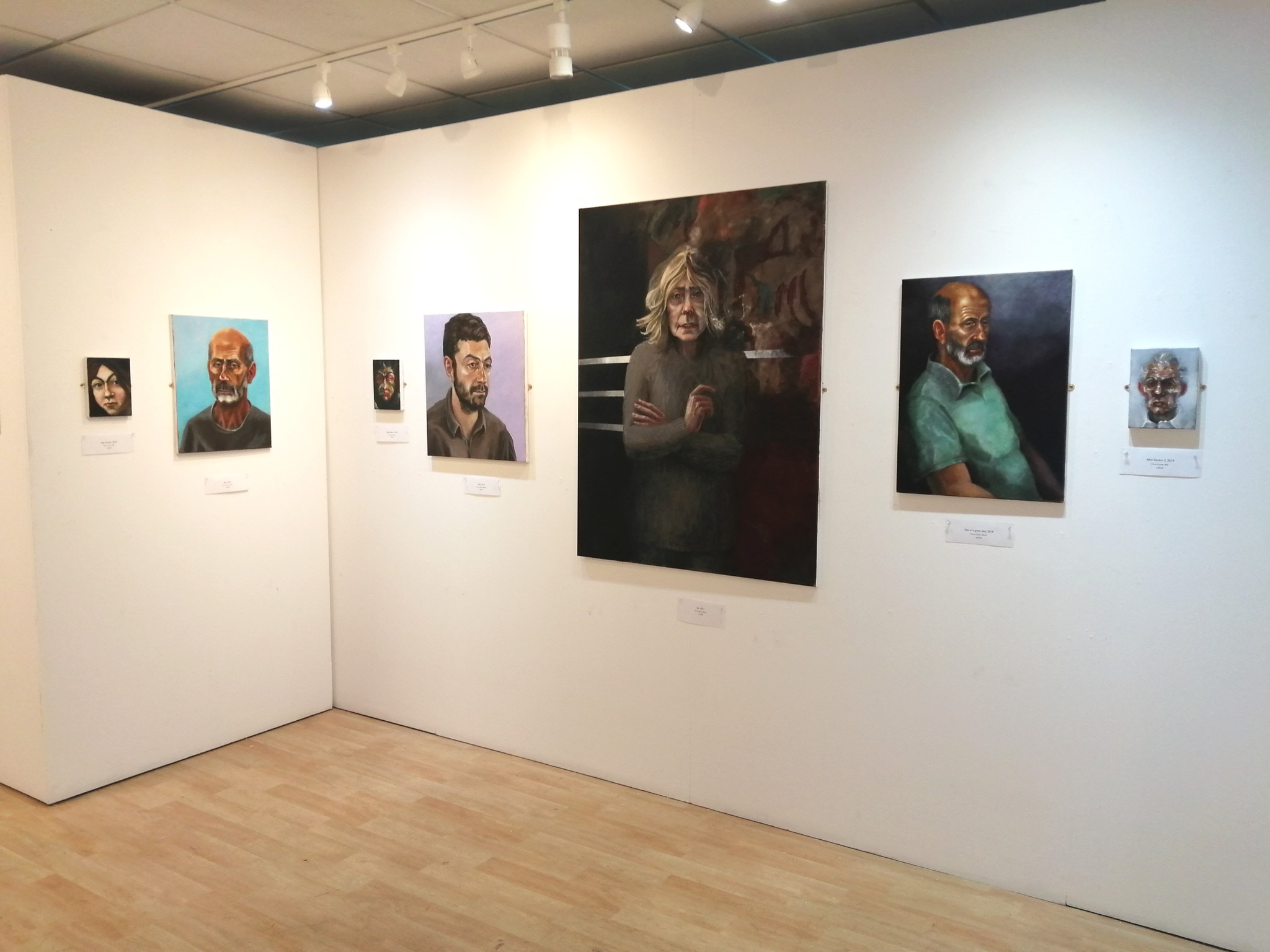 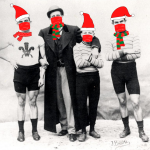 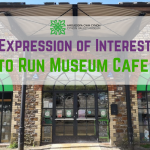